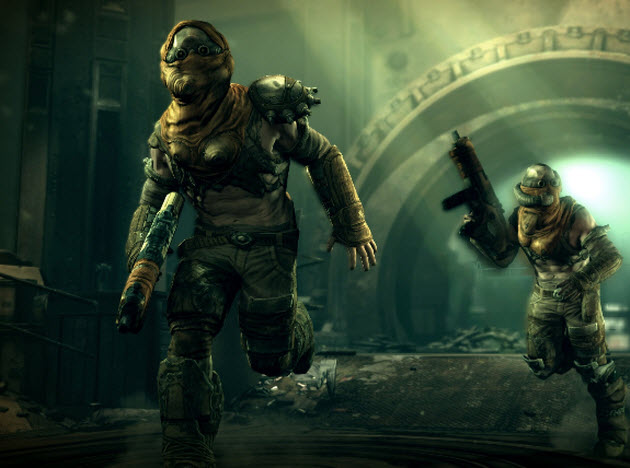 There will definitely be more gory big budget video games in our future. ZeniMax Media said today it has raised $150 million in investment from Providence Private Equity Partners.

The money supplements the $300 million that ZeniMax raised from Providence in 2007. ZeniMax used the money to finance big titles developed by its studio Bethesda Softworks, which will shortly launch Fallout: New Vegas. It also used the money to buy ID Software, which is making the ultra-violent Rage game. The ID pedigree includes game franchises such as Doom, Wolfenstein, and Quake.

ZeniMax will use the new funds to expand game development, grow publishing, and pursue strategic acquisitions. ZeniMax is making some of the biggest bets in video games, since both ID and Bethesda work only on the highest-quality titles that often take years to complete. ZeniMax has also recently picked up Arkane Studios. Michael Dominguez, a managing director of Providence, called ZeniMax the best-managed company in video games.

ZeniMax has tripled the size of its development in the past few years. The upcoming game Rage uses a new graphics engine from John Carmack, ID’s top technologist and one of the best graphics experts in games. When I saw the Rage demo at E3 this year (pictured above), it stood out from all of the games at the show in terms of graphics and physics quality. Under ZeniMax, ID has decided not to license that technology widely as it has done in the past. Bethesda, meanwhile, also works on top game franchises such as the Oblivion role-playing games.

Rockville, Md.-based ZeniMax was founded in 1999 by Robert A. Altman, its chairman and chief executive. The investment will give Providence a stake in the form of convertible preferred stock.