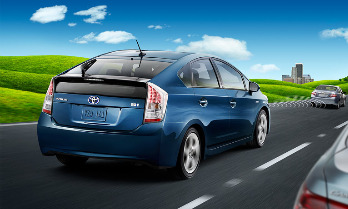 Despite the hype and the near-ubiquity of the Toyota Prius (pictured), most Americans remain leery of buying alternative-fuel vehicles. That’s probably because they don’t have the basic knowledge to understand it, according to a new survey conducted by Harris Interactive.

The survey, which sampled 2,242 adults in July, took a look at consumer opinions on alternative fuel vehicles on the market — hybrids, all-electric, hydrogen electric and diesel and biodiesel-compatible cars.

One-third of those surveyed understood which types of cars suited different driving situations (city, highway, etc), with men more likely to feel knowledgeable about the topic than women.

There are certainly barriers to getting consumers to adopt electric vehicles. Batteries are one major issue — they are expensive and it’s unclear how long they last. There’s also so-called “range anxiety,” a term GM is trying to trademark, referring to the fear that the battery will run out mid-trip. That’s an issue startups like Better Place and Coulomb are trying to address with charging and battery switch stations, in some cases teaming up with automakers themselves.

As carmakers like Ford and Mercedes-Benz (which commissioned the survey) roll out hybrids and the like, a part of their efforts is centered on educating consumers on the new vehicles. Ford, for example, is finishing up a 14-city electric vehicle tour in which it has teamed up with regional facilities to push consumer education efforts.

Startups can face an even steeper climb due to the lack of name recognition, so they’ve integrated education and allure into a full retail experience. Tesla, for example, has opened several high-concept stores (with more on the way) that are both visually appealing and full of salaried, not commissioned, employees.

Electric car startup Coda, which will release its all-electric sedan in December, has launched a similar sales strategy, placing stores in high-traffic malls where shoppers can come in and learn about the car in a no-pressure sales environment. Both companies have cited Apple’s stores as an inspiration for the concept stores — in Tesla’s case, it hired away the man who successfully executed Apple’s retail strategy.