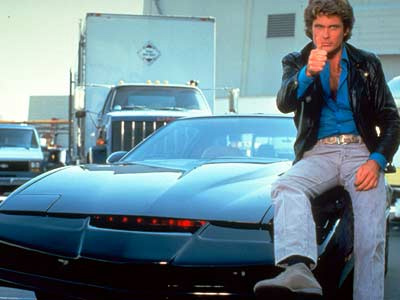 “So we have developed technology for cars that can drive themselves,” Google engineer Sebastian Thrun nonchalantly announced on the company’s blog earlier this afternoon.

Thrun, who is the director of the Stanford Artificial Intelligence Laboratory and co-inventor of Google’s Street View service, said that the company’s goal is to prevent traffic accidents, give people more free time, and reduce carbon emissions by changing the way people use their cars.

Google CEO Eric Schmidt said last week at the TechCrunch 50 conference in San Francisco that he believed self-driving cars would eventually do a better job of driving than people. While some may have considered his vision to be a far off work of science fiction, today’s announcement proves that self-driving technology is already here — and apparently it works very well.

The automated cars — which are manned by trained operators — have covered over 140,000 miles so far with occasional human control, the New York Times reports. Seven cars have driven 1,000 miles without any human intervention at all. They’ve traveled from Google’s Mountain View offices to its Santa Monica location and on to Hollywood Boulevard. “They’ve driven down Lombard Street, crossed the Golden Gate bridge, navigated the Pacific Coast Highway, and even made it all the way around Lake Tahoe,” Thrun writes.

The cars use radar sensors, video cameras, and a laser range finder which helps them detect other traffic. They also take advantage of detailed maps, which are collected by Google’s manually driven vehicles. The company is working with engineers who’ve taken part in the DARPA Challenges — autonomous vehicle races put together by the U.S. government. Thrun himself led the Stanford team to win the 2005 Darpa Challenge with their Stanley automated car.

Thrun believes that Google’s automated cars could potentially cut the 1.2 million lives lost every in road accidents (according to the World Health Organization) in half. He’s confident that the cars will reduce car usage, change the shape of car sharing, and create new “highway trains of tomorrow.” “These highway trains should cut energy consumption while also increasing the number of people that can be transported on our major roads,” he wrote.

The project is certainly a major new step into robotics for Google, although the company doesn’t yet know how it will create a business from the automated cars. Google may be able to sell its information and navigation services to autonomous vehicle makers, or it might sell or give away the navigation technology itself, according to the New York Times.