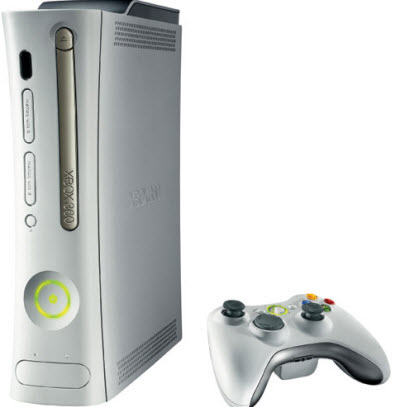 AT&T confirmed today that Microsoft‘s Xbox 360 will serve as a set-top box for AT&T’s U-verse broadband TV service. While it’s an interesting development that lowers the cost of the service, it’s also about three years late.

The news about the Xbox 360 had leaked earlier. But AT&T also said that it will be able to use Microsoft’s Windows Phone 7 mobile phones to display U-Verse movies and access broadband service accounts. U-verse uses your telephone line to deliver broadband connectivity, much like a digital subscriber line (DSL). It can also deliver live or pre-recorded movie and TV show programming over the same connection, using Microsoft’s IPTV software.

In 2007, Bill Gates announced with great fanfare at the Consumer Electronics Show that you would be able to use your Xbox 360 as a set-top box for the company’s Microsoft TV IPTV platform.

That meant phone companies such as AT&T would be able to use the Xbox 360 to deliver TV services over broadband networks, cutting into the monopoly of cable TV companies. British Telecom rolled out the first IPTV over the Xbox 360 in 2008.

Now it will happen in the U.S. for the first time. AT&T’s U-verse TV and web service will be able to use the Xbox 360 as a set-top box. Customers of AT&T U-verse will be able to get access to this feature on Oct. 15. Actual consumer use of that feature will be activated on Nov. 7.

Homes that are in U-verse territory can get U-verse subscription TV and internet service without having to get a set-top box. Consumers will now be able to watch U-verse’s live TV service on the Xbox 360.

U-verse will also release a mobile app on Nov. 7 to make U-verse TV shows available on Windows Phone 7 devices. That will take U-verse programming nationwide. If you have U-verse service, the programming is free. For those who don’t have it, the subscription fee is $9.99 a month for mobile access.

Using the Xbox 360 as a set-top box was a clever idea in 2007. But AT&T’s big rival, cable TV network Comcast, is still pretty dominant, and AT&T U-Verse is far behind it in the broadband game. About a year ago, AT&T had 2 million subscribers, while Comcast has well above 20 million.

With the Xbox 360, you can receive chat and game invitations from friends through Xbox Live while watching live TV, and you can switch seamlessly from game to TV mode without switching video inputs on your TV screen. You can also use U-verse features such as watching live TV, managing digital video recorder functions, accessing interactive apps, and viewing the program guide and On Demand library.