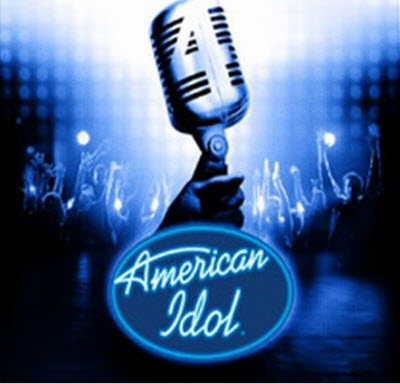 Is iPhone the next American Idol?

The daily audience for apps that run on Apple’s iOS operating system (for the iPhone, iPod Touch, and iPad) has now surpassed 19 million users, who spend an average of 22 minutes per day using these apps, according to one measure. That means the audience for the iOS devices is now bigger than NBC’s Sunday Night Football and is just shy of the audience for ABC’s Dancing with the Stars. Only 4 million daily viewers separate the iOS audience from that of the No. 1-ranked TV show, Fox’s American Idol, according to data collected by analytics firm Flurry.

Flurry’s chief executive, Simon Khalaf, will talk about this data and more at VentureBeat’s DiscoveryBeat 2010 conference on Oct. 18.

Flurry also acknowledges that it only sees part of the picture, with its analytics code integrated into 50,000 of the 250,000 apps on the iOS. Based on its own estimates, Flurry believes that the iOS is already bigger than all the TV shows if you consider the entire iOS audience.

That achievement is pretty staggering, considering that Apple launched its App Store only in July, 2008. The mass consumption of apps on mobile devices has since exploded. Given that most TV series air only 22 episodes per season, the allure for advertisers is clear. Apps are available 365 days a year, making their audience accessible to advertisers 15 times more frequently than TV audiences.

“The most obvious [effect] is the impact on the advertisement industry, which has relied on the reach generated by its prime time television slot for years,” said Peter Farago, vice president of marketing at Flurry.

For instance, on Oct. 5, CBS canceled Guiding Light, the longest-running TV drama (soap opera) in history. That show began in 1952 and ran for 72 years. This year, the show’s audience had dwindled to less than 2.1 million viewers per episode. Also, CBS aired the last episode last month of As the World Turns, another soap opera that ran for more than 50 years. Ad dollars generated by soap operas have fallen 30 percent from 2005 to 2009 and another 20 percent in the first half of 2010.

Of course, the iPhone isn’t triumphant yet. There is no single app whose audience is so big that it can match the audience of a single most-popular TV show such as American Idol. But with the rate of growth of the iOS audience, that day is probably coming. Indeed, some apps such as Angry Birds, which has sold more than 7 million paid copies, are similar to TV shows, with regular updates coming out just as TV shows air new episodes. 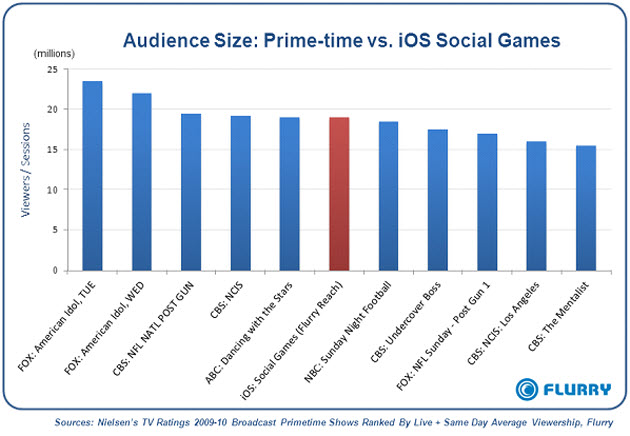