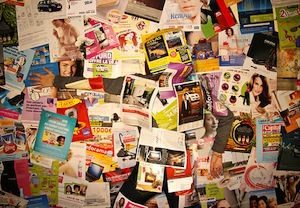 Drilling down a little, the second quarter of 2010 (April, May, and June) also saw record revenue of $6.2 billion.

As the overall ad revenue grew, the breakdown between different ad formats remained mostly the same. Search advertising still dominated in the first half of 2010, accounting for 47 percent of revenue, followed by banner ads with 23 percent. Video ads still only make up a small piece of the pie (5 percent), but they’re growing fast, with revenue up 31 percent compared to last year. (A trend that video ad networks said they’ve been seeing for a while now.)

PriceWaterhouseCoopers conducted the report for the IAB. In the report press release, PWC’s David Silverman noted that 2010 was bound to look good compared to 2009, when advertising was just beginning to climb out of the hole it fell into following the 2008 crash. But he added, “With double digit growth in both search and display during the first six month of 2010, the long term prospects continue to be strong.” 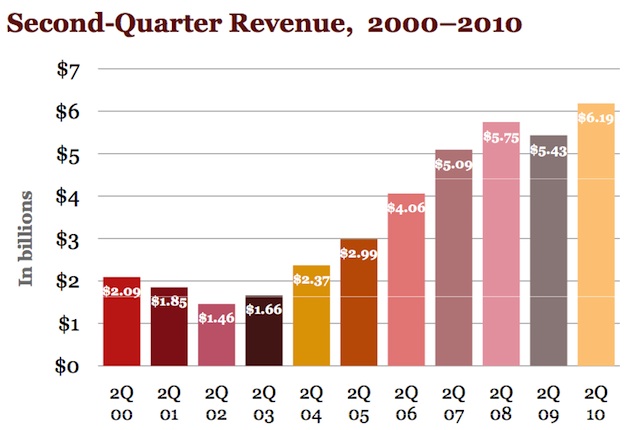