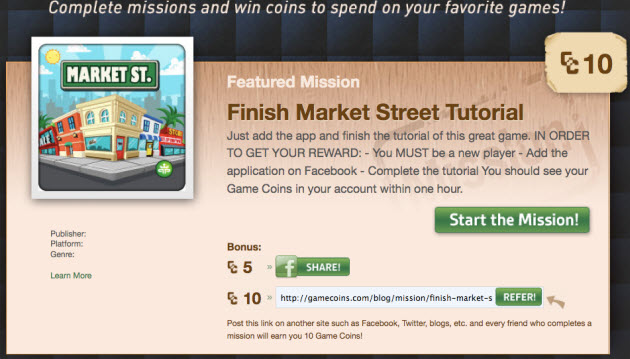 The deal is a coup for the startup because it means that the rewards that its customers earn on its Game Coins web site will be more liquid, allowing users to earn Facebook Credits (which can be spent in scores of Facebook apps) through acts such as browsing the web, shopping online, completing game missions, or writing game reviews. This means that Facebook has approved Sometrics as a partner in the App2User program, which lets merchants and loyalty program operators convert reward points into Facebook Credits.

Before today, users who went to Sometrics’ GameCoins.com web site could earn Game Coins, Sometrics’ virtual currency, by doing those kinds of tasks. More than 250 publishers have partnered with Sometrics, giving 225 million users access to its GameCoins.com. The Game Coins can be spent on items in games made by the publisher partners. Now, with Facebook Credits behind it, the Sometrics currency is more useful, said Ian Swanson, chief executive of Sometrics.

Facebook itself views Facebook Credits as the equivalent to the introduction of the euro, which gave Europeans a single currency and encouraged more cross-border trade. Facebook believes Credits will encourage users to spend more money across larger numbers of apps, allowing the whole ecosystem to benefit. The addition of partners such as Sometrics is akin to allowing the U.S. dollar to be converted into euros, pumping more money into the system. The conversion system only works in one direction, though; you cannot convert Facebook Credits into Game Coins, as that could create all sorts of problems related to currency black markets and fraud, Swanson said.

Swanson and Matt Gray, chief technology officer, founded Sometrics in 2007 to create analytics and ad management solutions for social networks and their apps. Earlier this year, the company launched GameCoins.com. It now has 40 employees.