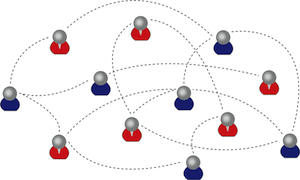 Social search, where your Internet search results are shaped by your friends’ activities, has been a buzzword for a while, but none of the previous attempts seem to have taken off. Microsoft’s Bing search engine is taking another stab at it today by integrating more deeply with Facebook.

Microsoft and Facebook team members said there are a number of ways that Bing can use Facebook data to personalize your results, with two initial features going live over the next few days. First, Bing will be able to highlight search results that have been “liked” by your friends. For example, if you search for a steakhouse in San Francisco, you’ll get the regular Bing results, but if your Facebook friends have said they “like” a specific steakhouse in San Francisco, that will show up as well. Bing will even tell you which friends recommended the restaurant. Bing can also use Facebook data to improve the results when you search for a name, so that a Facebook friend is more likely to turn up in the results than a random person with the same name. 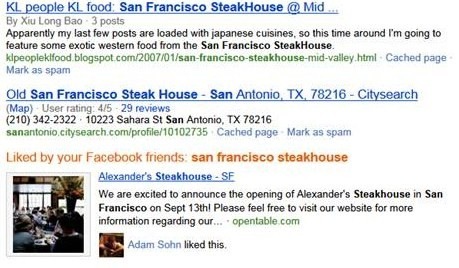 Still, at the Microsoft press conference, TechCrunch’s Jason Kincaid wondered if this might just feel creepy. For example, it could be uncomfortable if you’re searching for a disease and you suddenly see that your friend has recommended an article about that disease.

“I don’t think that would be creepy at all,” said Facebook chief executive Mark Zuckerberg. Again, your friend chose to share that article with the public, and the fact that you searched for that disease won’t be shared with your friends.

As for why Facebook is working with Microsoft and not Google on this kind of integration, Zuckerberg said it’s because Bing is in a better position to innovate.

You can read more details on the Bing and Facebook blogs.