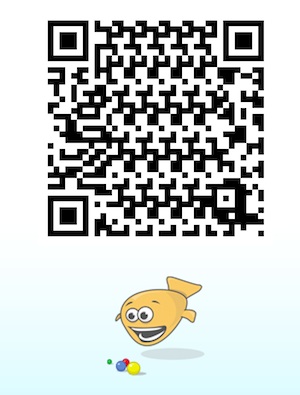 Link shortening startup Bit.ly has said that it doesn’t just want to help share content on the Internet — it also wants to connect people to “the Web of things”. Today, the company announced a feature that starts making that vision real — a QR code generator.

QR codes are two-dimensional barcodes (like the one pictured left) that can be scanned by mobile phones (though you’ll need an application to do so). Just as Bit.ly’s shortened links, when posted on sites like Twitter, point people to webpages, QR codes can do the same. So when businesses use Bit.ly, they should be able to add .qr to the end of the link in question, then Bit.ly will automatically generate a QR code pointing to that link.

For example, if a business started distributing promotional fliers and stickers in a neighborhood or at a conference, they could also include a QR code on those fliers. Passersby could scan the code, which would open the company’s website on their phones. And Bit.ly’s analytics data should help companies show whether the campaigns are paying off.

The news was first reported on Simply Zesty, a social media and PR blog, and Bit.ly just mentioned the feature in an announcement about its new application programming interface (API contest).

Google announced a similar feature for its Goo.gl URL shortener in April, although that was less surprising since Googlers are clearly fans of the technology.