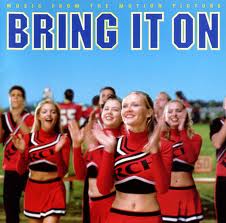 Looks like the solar market is getting interesting. GE and LG Electronics are making big moves this week with announcements that they will enter the U.S. solar market. GE is making two pushes into thin-film solar, and LG is launching its photovoltaic solar panels and has plans for some heavy R&D spending.

Both companies are entering the market as demand for solar continues to grow, with the U.S. market’s installed solar capacity projected to grow over 100 percent this year over 2009.

LG is investing $820 million over the next five years in solar cell research and manufacturing, with the goal of increasing capacity to over one gigawatt. It unveiled multicrystalline and monocrystalline photovoltaic solar panels (slated for sale in the U.S. market) at the Solar Power International conference in Los Angeles taking place this week.

GE, for its part, has offerings in two types of thin-film solar technologies. One is cadmium telluride panels, which it will team up with Colorado-based PrimeStar Solar to make commercially available in 2011. It has also signed an agreement with Solar Frontier, subsidiary of Japanese energy group Showa Shell, which will open a 900-megawatt factory in early 2011. GE and Solar Frontier are making available thin-film panels made with CIGS technology, named for its components, copper, indium, gallium and selenide. It is also offering solar inverters based on a similar inverter used in its wind turbines.

This marks a significant push into the solar sector by GE, which is growing its renewable energy division’s reach. Bloomberg notes that CEO Jeffrey Immelt has put over $1 billion into research and development in the area since 2002, when the company acquired Enron’s renewable energy business.

“We expect to grow faster than the market, and we’re going to do it as a technology leader,” said Victor Abate, vice president of GE’s renewable energy branch, in an interview with Bloomberg. “This is a big-bet commitment that GE’s making in renewable energy, and the next big phase is solar.

As Earth2Tech notes, GE’s thin-film aspirations — in particular the cadmium-telluride partnership with PrimeStar — are a direct challenge to industry leader First Solar, which makes thin-film cadmium telluride panels and has a head start on the game. DCM and Technology Partners-backed Abound Solar has also been making strides in cadmium telluride thin film, winning a $400 million conditional loan guarantee from the Department of Energy, and its CEO Tom Tiller is a former GE executive. Lux Research praised Abound in a recent report, marking it a strong IPO contender for next year.

In an interview with VentureBeat, DCM general partner Pete Moran explained the reasoning behind Abound’s focus on cadmium telluride panels versus CIGS technology. CIGS producers, he said, “have had a very hard time getting (it) to actually work commercially,” namely because there are four ingredients to work with instead of cadmium telluride’s two.

“We certainly intend to be in very short order one of the lowest cost-producers on the planet,” he said of Abound. The cad-tel approach has “fewer steps in the process that we believe, in the long term, can driver fewer costs per watt.”

Still, American solar innovators like MiaSolé, Solyndra and Nanosolar are scrambling to retool their strategies in the wake of price-competitive Chinese companies eating into the U.S. market, the New York Times wrote today. Other companies have pulled out of thin-film solar altogether, as Applied Materials did in July.