The smart grid is turning into the Super Grid. What does that mean for cleantech investors? There’s only one place to find out: VentureBeat’s GreenBeat 2010 event, held at Stanford University on Nov. 3 and 4. Green superstars John Doerr and Vinod Khosla are just some of the speakers we’re announcing today.

More than ever, entrepreneurs and the smart investors who back them will have to take charge of building the Super Grid. Don’t expect help from the government in the short term: Politicians, oil interests and a skeptical public appear to have killed hoped-for green legislation this year.

But there’s no more important challenge that exists right now than green. And there’s plenty of action to debate. The Super Grid is what we’re creating by applying Silicon Valley-style innovation to the generation, transmission, and distribution of energy.  Billion-dollar opportunities await those willing to tackle these challenges — and the experts we’re inviting will describe those opportunities, which range from a new generation of clean electric transport to renewable fuels and energy-storage technology.

They’ll also talk about why the green mission is so valuable: We badly need to transform our energy system so that it’s more efficient. And safer. Imagine if smart sensors had tracked pressure on the PG&E gas pipe that exploded last month; we could have saved lives. Safety applies on a national level, too: We need to be free ourselves from foreign oil, for which we’re spending billions of dollars and thereby propping up corrupt regimes. And we need to reduce emissions so that we’re supporting a sustainable economy.

Unfortunately, right now, China, Germany, and others are kicking our butts when it comes to investing in a smarter grid. All the more reason to get charged up! Here are some of the leaders of the Super Grid who will inspire you to take action and seize the huge opportunities unfolding at GreenBeat 2010.

John Doerr is a partner at Kleiner Perkins Caufield & Byers. Doerr and his partnership have taken a bold lead among Silicon Valley investors in cleatech, creating an early fund especially dedicated to green companies. Some rivals snickered. But Kleiner looks like it’s about to start cashing in. First, there was Amyris, the biofuels company which went public two weeks ago. Kleiner invested $16 million, and that stake is already worth $69 million. Other Kleiner companies we’re hearing will file to go public soon include smart grid company Silver Spring, fuel-cell company Bloom Energy and thin-film solar company Miasole. Doerr himself is probably the most widely respected venture capitalist on the planet, having backed the likes of Google, Amazon.com, Sun Microsystems, and Intuit. 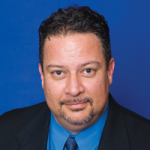 Andres Carvallo is EVP & Chief Strategy Officer at Grid Net, a company that wants to build smart meter network based super fast and secure grid communications. Carvallo earlier won respect within the green community for his visionary work in the city of Austin, where he planned and developed the first Smart Grid while at Austin Energy. Since he joined Grid Net, that company has partnered with Sprint to use that carrier’s 4G network for its grid activities, and is building with the Intel-supported Wimax protocol. Carvallo coined the term “Smart Grid” in April of 2007. Prior to Austin Energy, he worked at Philips Electronics, Digital Equipment Corporation, Borland and Microsoft.

Vinod Khosla is one of Silicon Valley’s most respected venture capitalists. In 2004, he left Kleiner Perkins and launched Khosla Ventures, a venture-capital firm that at its outset was exclusively focused on green. Since then, Khosla has diversified his investments a little, but Khosla remains one of the most prolific investors in green, backing everything from cellulosic ethanol to solar. At the same time, Khosla brings a refreshing dose of skepticism when it comes to electric vehicles or investing in the smart grid.

Early in his career, Khosla cofounded Sun Microsystems. He then joined Kleiner Perkins and became one of the most prolific investors in the Internet backbone in the late 1990s, with huge hits like Juniper, now a public company, and Cerent and Siara which together were sold for $11.2 billion in 1999. Last year, Khosla Ventures raised $1.1 billion in fresh cash, and will invest much of it in green comapnies. 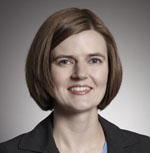 Christine Lyon is a partner at Morrison & Foerster, a leading Silicon Valley law firm. She has become an expert on Super Grid security issues. She advises on U.S and international privacy laws, including those regulating the collection, use, disclosure, and transfer of personal information. Now that the grid is getting smarter, and consumers and utilities are generating more information about how and when they use everything from video to cars, privacy and security has become a major concern. She is co-editor of Global Employee Privacy and Data Security Law (BNA Books) and is a member of the editorial board of the World Data Protection Report.

Ed Fenster co-founded SunRun in 2007 with a vision to bring clean, affordable solar power to every home. Within just three years, it has become one of the nation’s leading home solar companies, by pioneering a unique business model: homeowners pay it for electricity usage but do not buy solar panels outright, reducing the upfront costs paid by the homeowner. SunRun does this by providing what it calls a “solar power purchase agreement,” accompanied by a solar lease program. SunRun is then responsible for installing, monitoring and repairing the panels. Previously, Ed was a founder of Transforma, CEO of Avestar-IP, and director of corporate development at Asurion. He is a member of the Pew Center on Global Climate Change and an Advisory Partner to Millennium Technology Value Partners.

Move quickly to buy your tickets now, because the early-bird price ends Friday!

With its location at Stanford, GreenBeat 2010 will be an intimate and effective networking event — all the more reason to secure a ticket now, because space is limited. We’re delighted to be able to join as hosts of the event with Stanford’s SSE Labs, a startup lab for Stanford student entrepreneurs. GreenBeat is where the next generation of disruptive green entrepreneurs will be able to meet the experts who are leading the way to change — check out our Innovation Competition, which is sure to attract a range of upstart innovators.