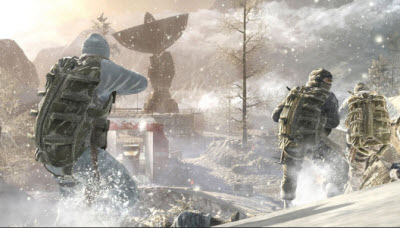 VGChartz, which tracks worldwide sales of games, said today it believes that Call of Duty Black Ops will outsell Medal of Honor by at least four to one during the season. EA’s game was panned by critics, who handed it an average rating of 75 out of 100 on Metacritic, a review aggregator. VGChartz says that preliminary first-day sales of Medal of Honor came in at 500,000 units across the Xbox 360, PlayStation 3, and PC platforms in the Americas. First week sales are expected to be 700,000 units and about 1.1 million when adding European and Middle East sales. That’s below expectations, but it’s also possible EA can hit the 3 million unit sales target by the end of December.

By contrast, Call of Duty Black Ops is expected to sell around 6 million units across all platforms in its first week and 12 million to 14 million by the end of the year. That’s a little less than Call of Duty Modern Warfare 2, the best-selling video game of all time, and about four times higher than Medal of Honor.

Which game do you want to play more? Please take our poll.

Which combat video game do you want to play more?survey software