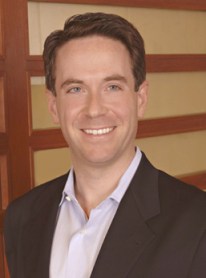 Salesforce.com missed an opportunity when it marketed its collaboration application Chatter, opening the door for collaboration startups like Yammer, a social network for enterprise users, to come in and take over the collaboration sector, said Kevin Spain, a partner with Emergence Capital Partners.

Chatter was marketed more as an add-on to Salesforce’s customer relationship management platform, rather than a new innovation to help its customers with business collaboration, he said. That made it difficult to attract new users and help the service grow into something that could generate a lot of revenue for Salesforce.

“The way you get the most value out of a platform like Chatter or Yammer is in making them as pervasive as you possibly can,” he said. “Salesforce has made it hard for people who are not Salesforce customers to get on the platform, use it, get value out of it.”

Meanwhile, Yammer recently revamped its business micro-blogging software to behave more like a Facebook for enterprise users and has seen a lot of success as a result. With Yammer, it’s free to join, and the company makes money off subscription models for premium services and off IT servicing, Spain said.

Chatter is available to people who already use Salesforce’s CRM software, and companies have to pay $15 per user per month to be able to access Chatter without the Salesforce CRM software. That makes it hard to justify introducing the business collaboration service into a work environment that hasn’t had any time to try it out — whereas Yammer users can try it out before they invest in the software’s premium services.

“Because of the way Salesforce approaches the Chatter business model, it’s hard to justify,” he said. “Until you make it easy, and in my opinion free, to get access to it you’re never going to maximize your value.”

Salesforce, one of the largest CRM software providers, was one of Emergence Capital’s first investments. Emergence also invested in Yammer, which launched two years ago. Yammer has already attracted more than 90,000 companies, and about 80 percent of the largest companies in the world on the Fortune 500 list use the social enterprise network.