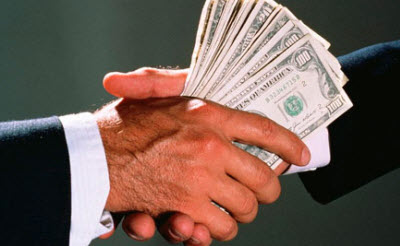 Two companies hope to bankroll new video games with a financing method that has been used to underwrite billions of dollars for film productions.

Risa Cohen Productions in Lyon, France, and European Film Bonds in Copenhagen, Denmark have formed a joint venture to finance video game and digital media productions through a technique known as completion bonds. In this process, a game developer signs a development agreement to make a game for a publisher, agreeing upon a budget and delivery time. The bond company issues a bond that guarantees on-time and on-budget delivery. The bank or other source of funding then gives money directly to the developer during the development period. Upon delivery of an accepted product, the publisher pays off the bank loan. If the game goes over budget or off schedule, the bond covers the loss. Insurance companies help spread out the risk by providing reinsurance, or insurance for the insurer.

In this kind of financing, the publisher gives up some of its profit but it doesn’t have to dish out its own money to finance what may or may not be a risky project. The developer gets the needed funding to take on a major game.

The whole idea is to reduce the risk of hits and flops. Video games are a hit driven business and many traditional sources of financing such as venture capitalists and banks stay away from financing studios that are only doing big-budget games. With completion bonds, the lenders can spread out the risks and game publishers and developers can get access to bigger piles of money and thereby greenlight more good ideas for games.

The new venture will be headed by Risa Cohen and it will manage guarantees of completion underwritten by EFB (headed by Per Neumann) and its insurance partners. Marc Jackson, managing director of Seahorn Capital Group in Los Angeles, advised RCP and brokered the deal. Jackson said the financing methods can be used not only for big budget video games but also downloadable games that are distributed digitally over platforms such as Xbox Live and the PlayStation Network. The two extremes are similar to financing blockbuster movies or TV shows.

“We believe the interactive industry needs more financial and risk management tools which allow independent developers and publishers to address higher budgets without compromising creativity, quality and innovation,” said Cohen, managing director of the new venture, which will have about 10 employees.

Both firms have separately had prior experience bonding video game projects. Neumann of EFB was instrumental in providing bond financing Hitman, a major game by I/O Interactive. Cohen worked for 15 years as a production executive for companies such as Disney Interactive Studios and Atari, and worked as a bonding specialist and risk major on seven major bond-finance games with budgets totaling $69 million. Those games include hits such as Rocksteady Studio’s major game, Arkham Asylum.

Jackson estimates that completion bonds have financed around $200 million worth of video game projects in history, while the film and TV show industries see completion financing of $2 billion or so per year. Films started using the model as far back as the 1950s, but game productions aren’t as predictable.  Right now, Jackson said he knows of five games in development that are using completion bonds between major publishers and big banks.

Matthias Braun of Eggers-Malmendier in Berlin will provide legal advice for the joint venture. Other companies have tried to do video game completion bonds in the past. Film Finances began doing it in 2007, working with Lloyd’s of London. Fireman’s Fund Insurance has also served the market. Cohen worked for Film Finances as well as International Film Guarantors. 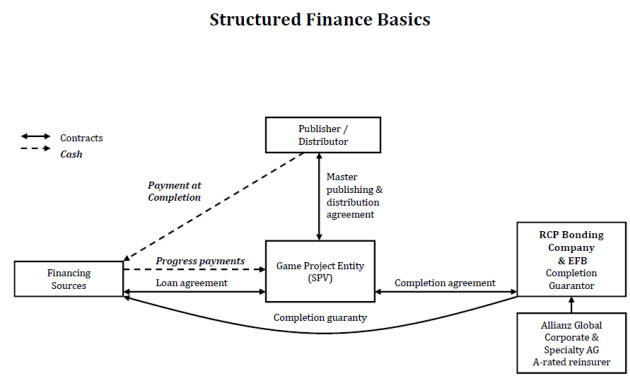