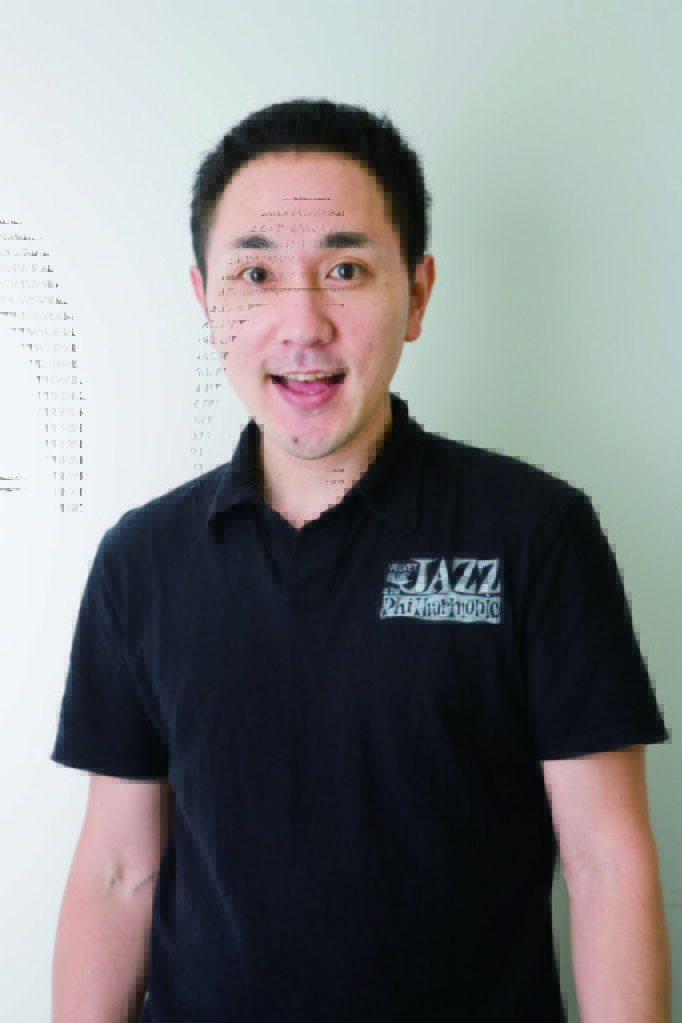 You've likely heard of Naruto before, even if you're not quite sure what the extremely popular manga series is about. (Hint: There's a lot of fighting.) It has spawned a small industry of anime, toys, memorabilia, and — yes — video games. October 19 sees a new video-game adaptation in the form of Naruto Shippuden: Ultimate Ninja Storm 2, from developer CyberConnect2.

In anticipation of the game's release, I asked CyberConnect2 President Hiroshi Matsuyama about bringing in newcomers to the Naruto world, Tekken character cameos, and more.

Bitmob: What are you doing to help newcomers get acquainted with the series?

Hiroshi Matsuyama: The game has an episode from the Naruto anime series where it shows Naruto returning to the Leaf Village and up to the Pain story arc. Because it covers a large portion of the story, even people who are not familiar with Naruto can jump in and know what is happening. Also, we've put a lot of emphasis on the drama parts during battles, so even if you are not a fan I can guarantee players will be really excited.

Bitmob: What aspect of the development process has been the toughest for the team and why?

HM: It has to be the overall scope of the game, since it is about three times as much as the previous one. Second was making sure the art was of the best quality and that it accurately represented the anime. Trying to balance these challenges during the development process was really a challenge.

Bitmob: How much more of the Naruto universe will the players have access to compared to the first game, and what are the new areas?

HM: With Storm 2, the Leaf Village acts as hub between the Sand Village, Tenchi Bridge, Rain Village, and Mount Myoboku. This allows players to move around the beautifully anime-rendered world of Naruto where players will experience different drama and battles pertaining to the Shippuden story. 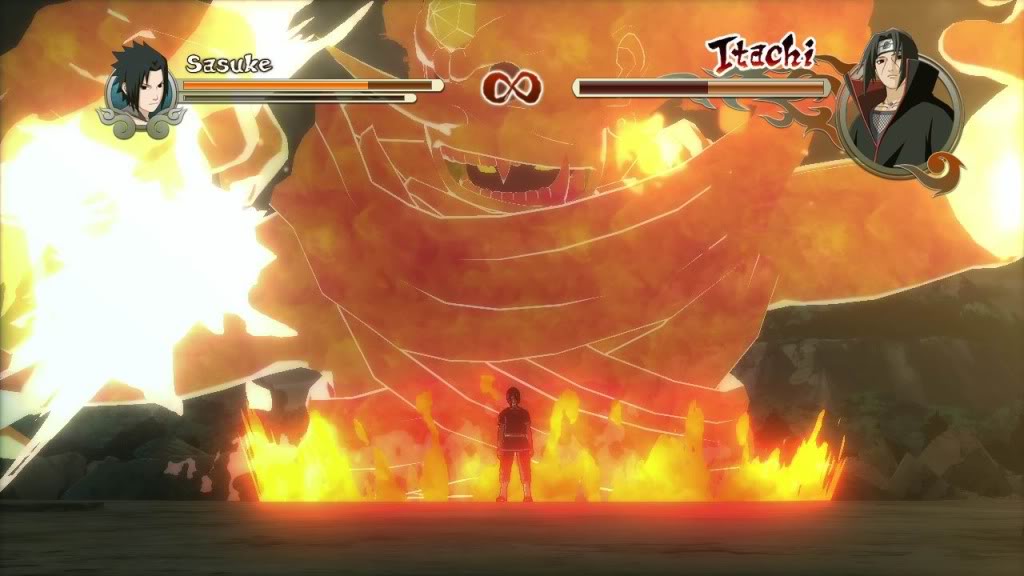 Bitmob: Which member of the team is the biggest Naruto fan? Who is his or her favorite character and why?

HM: I have to say I’m the biggest fan and my favorite character is Itachi Uchiha. His life and story are absolutely cool. Because I like Itachi, it was a special moment for me to make the Sasuke versus Itachi battle. I almost teared up watching it!

Bitmob: Who thought of the idea of bringing in Lars Alexandersson from the Tekken series? Does he make a cameo in the story mode at all, and if so, in what context?

HM: Well, it all started back sometime last year from when I saw an article in the Shonen Jump magazine in Japan which said that [Naruto creator] Kishimoto-sensei was designing the costume for Lars for the console versions of Tekken 6. The moment I saw that article, I thought, "It would be great to see him in Storm 2." Then I saw the costume design for Lars, and my thoughts changed to, "We have to get him in Storm 2." From there, I approached Sasaki-san (Tekken 6 producer at Namco Bandai Games), then the Tekken 6 team members. 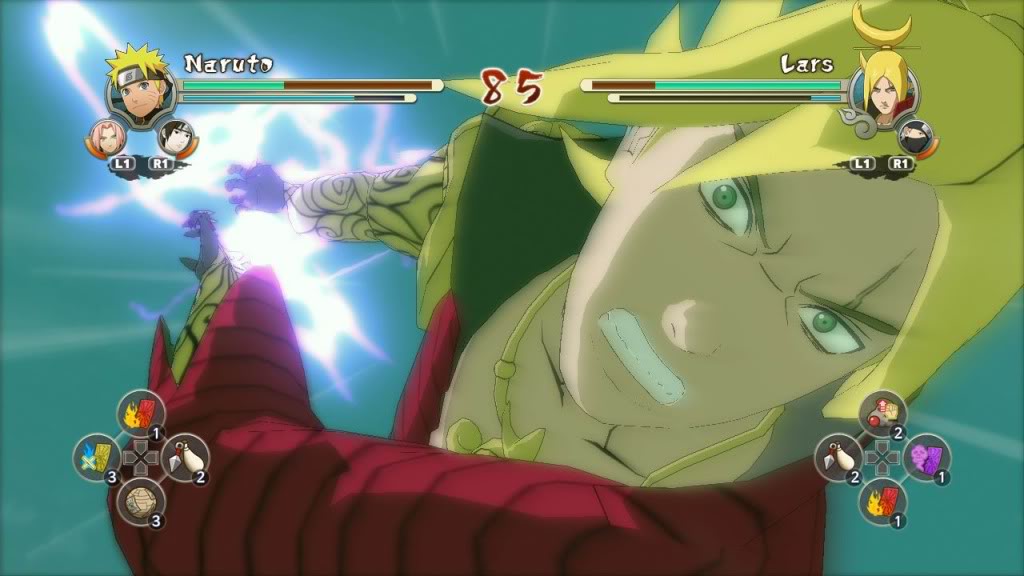 We started making the graphic models and then placed our special cel-shading techniques and voila! The whole team looked at it and said, "Yup, that’s him all right." Next, we focused on creating the animations, effects, jutsu [i.e., skills/techniques], and other details.  With the team’s thorough feedback and Harada-san's help (Harada-san is the executive producer for Tekken 6), we are able to bring Lars to life in the Naruto universe.

Thanks to everyone’s help, we created a superb addition to our cast of characters. We are now proud to present Lars Alexandersson as a guest character in Ultimate Ninja Storm 2. Every time I look at Lars, I'm amazed at how well his character fits into the Naruto world. I'm really looking forward to our players giving Lars a shot and enjoying his presence within the game. Oh, by the way, you can't use Lars in the story mode, but you can use him in battle both off- and online, so I hope you all have fun!

Bitmob: Can you give an example of how support characters will work?

HM: As players use their support characters, their team gauge increases. When this gauge reaches half its capacity, a special feature called the Support Drive kicks in. During Support Drive, support characters will join the fight automatically and attack opponents as well as provide support in various fashions to help turn the tides of battle. Also when this gauge is maxed out, players will be able to use Team Ultimate Jutsu. When this hits the opponent, support characters will perform a combo attack which leads to the player's Ultimate Jutsu. The Team Ultimate Jutsu is very powerful, so I suggest players plan well when using this move.

Bitmob: Did you put any Easter eggs in this game?

HM: In Free Battle mode, if you assemble a team who are composed of characters with specific traits, a special team name is displayed and the parameters increase a bit as a bonus incentive. If you know the anime, you can probably guess some of the special teams we have in the game. Also, when certain characters use their Ultimate Jutsu against particular characters, you may notice something special happening. Please have fun checking out everything! 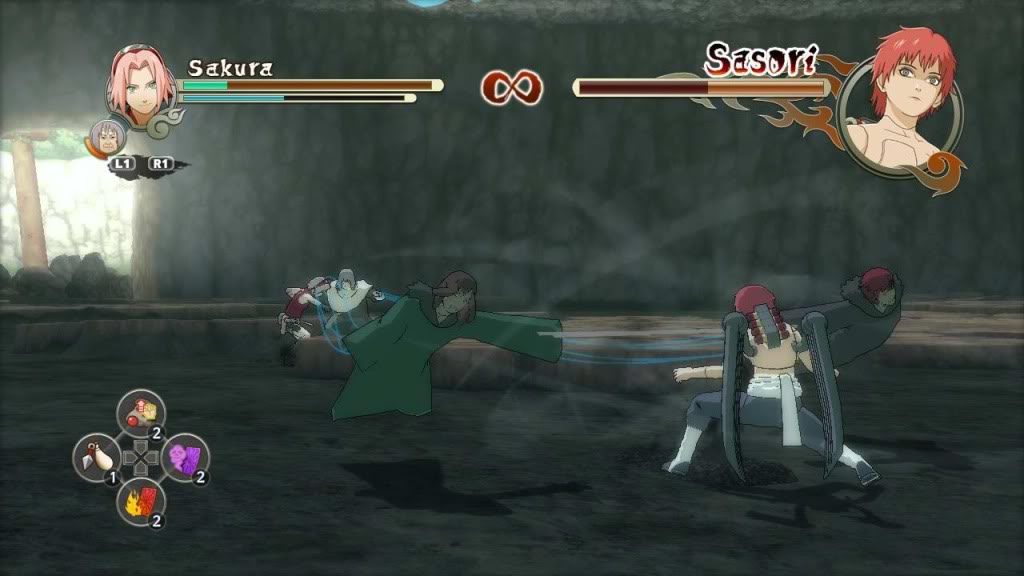 Bitmob: What is the one thing that makes your title different from the other fighting games out there?

HM: I would have to say the super-anime style action we have for the game makes it different from all the others.

Bitmob: Many gamers are on the fence about multiplayer Achievements and Trophies. How will this game tackle those?

HM: We made it so that Achievements and Trophies are not unlocked using rules such as "XX wins XX times in a row to unlock XX." I wanted to make sure everyone has a good and balanced shot at getting all of them, so please have fun!