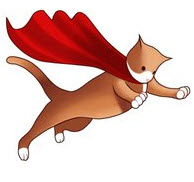 LOLapps is one of the biggest app makers on Facebook with more than 150 million users playing its games, quizzes, and gift apps every month. But in the past 24 hours, the company’s games have mysteriously disappeared from Facebook.

To those playing its Critter Island game, which has more than 1.5 million users, LOLapps sent a message saying, “We’re sorry that Critter Island et al is not currently available. We’re actively working to resolve these issues and will keep you posted. Please stand by!”

It’s not clear whether the problem is an outage or if Facebook removed the games for some reason, leaving players to speculate on LOLapps’ Facebook page. Hopefully the company will be able to explain it soon. I’m not sure what happens when there are 150 million angry users out there. We’ve emailed the company and Facebook to find out what is happening.

On the Quora forum site, some observers have wondered if the games have been removed because they exploit a bug in the system for posting messages to user walls. Arjun Sethi, chief executive of LOLapps, said in an email, “We can’t provide comment at this time. We will update you as soon as we are able to.”

Update: Facebook’s spokesman says, “We have disabled applications from LOLapps due to violations of our terms.”