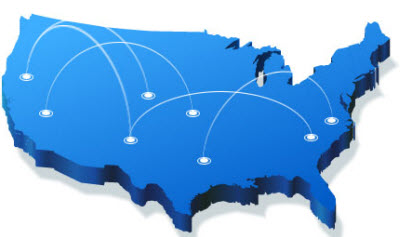 Clearwire has been methodically building up its 4G wireless networking service around the country, starting with small markets and moving to big ones. Today, the companyannounced that it will launch in the big cities: New York on Nov. 1, Los Angeles on Dec. 1, and San Francisco in late December.

Clearwire will offer dual-mode 4G/3G USB modems in New York City and Los Angeles in advance of commercial service. It isn’t clear just how much of the San Francisco Bay Area will be covered, but it’s about time that wireless networking came to broader Silicon Valley. Clearwire already has service operating in 74 markets in the U.S. More than 66 million people live in the areas covered by the service. Clearwire started the service in areas where it had less competition and it could improve the quality of the service more easily. By going after the biggest cities, Clearwire will finally bring some serious competition to cable modems and telephone digital subscriber lines. It’s about time that wireless internet infrastructure provided more competition in the broadband market.

Prices start at $29.99 a month for 3G internet service and $69.99 for 2 megabits per second speed and access via a mobile PC cards.