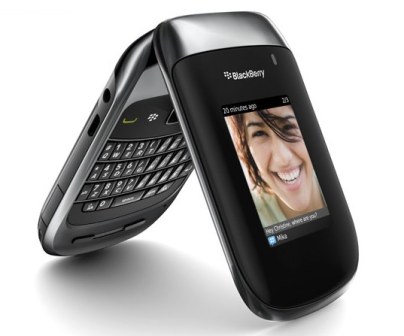 Raise your hand if you’re on Sprint and you’ve been dying for a BlackBerry flip phone — because that’s just what you’re getting with the recently announced BlackBerry Style.

The phone sports the new BlackBerry 6 operating system, two displays (external and internal), and a 5-megapixel camera. But check your touchscreen ambitions at the door — the Style is more of a traditional BlackBerry device with its optical trackpad. It will be available for pre-order tomorrow for $99 (after mail-in rebate) with a two-year contract, and will start shipping on October 31.

The Style joins Sprint’s existing BlackBerry lineup, which includes the BlackBerry Bold and Curve. Unfortunately, I don’t think it has much going for it when it comes to BlackBerry newcomers, or current users. New users would be better off with a traditional BlackBerry that doesn’t require the screen to be flipped up (the Bold is also getting upgraded to BlackBerry 6), or the new keyboard-equipped Samsung Epic 4G Android phone.

As for existing users, the Style simply isn’t enough of an upgrade to warrant the headache of moving to a new device.