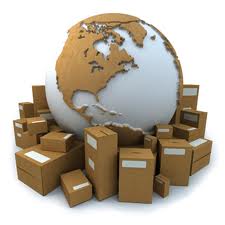 Apple’s surging iPhone sales are leading to boatloads of acessories — literally. And those overseas shipments may be a good indicator of expectations for future iPhone sales.

And the current indicators suggest accessories makers aren’t expecting a future surge in iPhone sales from a new model — like the hotly discussed possibility of an iPhone that can run on Verizon Wireless’s network.

Mobile accessories are a $500 million market in the U.S., according to estimates from the NPD Group, and a lot of those are made abroad and shipped here. Panjiva, a startup which tracks import-export data, reports on the company’s blog that shipments of iPhone accessories are surging.

Indeed, the shipments seem to closely track actual sales of the iPhone, which doubled year-over-year in Apple’s most recent quarter.

Panjiva founder and chief executive Josh Green says that September is one of the main months for global suppliers to ship to the U.S. for the holiday season. The main reason is that it takes a few months for the products to reach U.S. shores.

If the iPhone did come to Verizon for the rumored date, then September or even October would be the months to begin shipping in anticipation of its release. Analysts think Verizon could sell 8 million or 9 million iPhones in 2011. But accessories makers tracked by Panjiva don’t appear to be factoring that possibility into their shipment plans.

Panjiva mines data from a variety of public and private sources and then turns it into information that is useful for global supply chain managers. It’s a real-time source of data that should enable companies to figure out supply and demand changes — like the effect of a Verizon iPhone on the accessories market.

Panjiva’s findings note that its analysis does not include actual iPhones. Apple has successfully petitioned the government to keep its shipping records private.