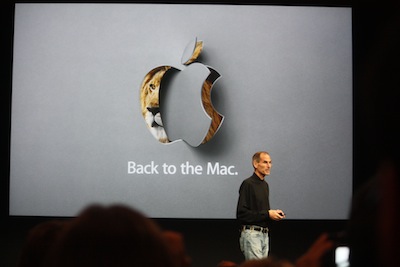 Newer products like the iPhone may be dominating most of Apple’s press coverage, and they contribute a big portion of the company’s fast-growing revenue, but that doesn’t mean the Apple’s Macintosh computers are irrelevant.

To kick off today’s “Back to the Mac” event in Cupertino, Calif., Apple shared some numbers about Mac sales.