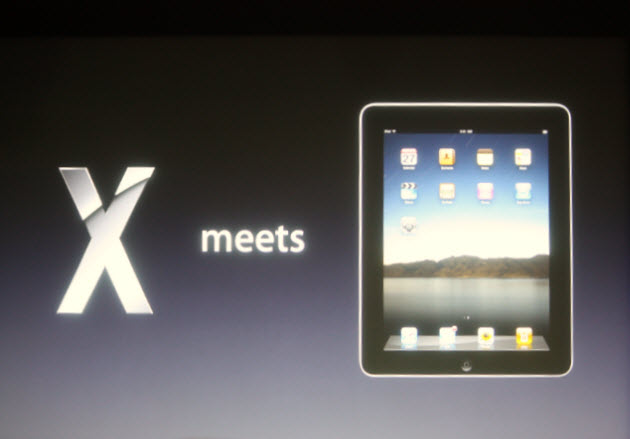 Apple chief executive Steve Jobs said today that the Mac operating system will gets its eighth version soon. Code-named Lion, the new release will include some innovations taken from the iPad and the iPhone.

“That’s the philosophy behind it: Mac OS meets the iPad,” Jobs said, speaking on stage at Apple’s “Back to the Mac” event in Cupertino, Calif., today. 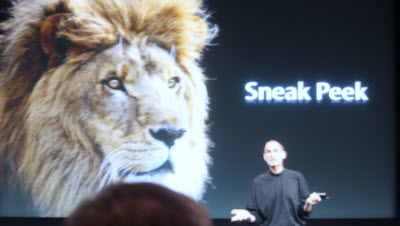 The Mac will now accommodate multitouch gestures on a computer. You can also get an App Store on the Mac. And you can access your apps via an App home screen on the Mac. You can get full-screen apps on the Mac as well.

The App Store on the Mac will work the same way that the iPhone store works. Developers get 70 percent of the revenues from the apps. The Mac apps install automatically, and the apps will be accessible from the Launch Pad part of the operating system. The Launch Pad lets you organize your apps into categories via a drag-and-drop process.

Jobs said that multitouch on vertical screens doesn’t work, based on years of research. But touch on a horizontal base such as a touchpad does work.

The Lion version will also let you move from window to window more easily, and you can control all of your desktop via a feature called Mission Control. Lion will be out in the summer of 2011. But the Mac App Store will also be out on Snow Leopard within just 90 days.