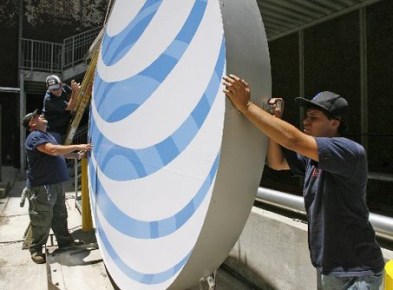 The past few months have been good to AT&T — the company reports that it landed 2.6 million new subscribers and saw a total net profit of $12.3 billion in its third quarter this year.

AT&T saw a record amount of new subscribers for any third quarter in its history, which brought its total subscribers to 92.8 million. Wireless churn, or the rate of users leaving the service, was also the lowest ever for a third quarter at 1.32 percent.

The company activated 5.2 million iPhones among a total of 8 million smartphones, and it added 745,000 postpaid customers (those with standard cellular contracts) and 321,000 prepaid users.

AT&T’s $12.3 billion in total net profit also included gains from a previously disclosed tax settlement and the sale of Sterling Commerce to IBM.

Consolidated revenues were $31.6 billion, up $847 million, or 2.8 percent, from a year ago. That’s a 2.5 percent, or $773 million, improvement over AT&T’s second quarter results. Wireless data revenues rose 30.5 percent with a $1.1 billion increase over last year to $4.8 billion. In addition, wireless service revenues increased 10.5 percent to $13.7 billion, and total wireless revenues (including equipment sales) rose 11.4 percent to $15.2 billion.

That AT&T saw massive wireless growth isn’t a huge surprise. This is the first full quarter after the launch of the iPhone 4, and given the strong sales of that device, it was expected that AT&T would see strong wireless gains.