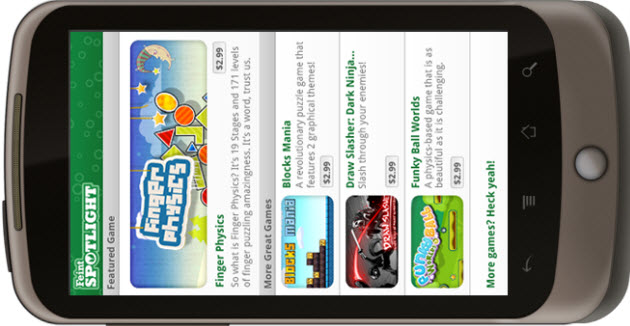 The9’s investment had previously been revealed. But Intel Capital is the newest participant in the second round of funding for Burlingame, Calif.-based Aurora Feint. Aurora Feint runs the Open Feint social game platform, which has more than 3,400 games that are played by more than 45 million gamers.

Jason Citron, chief executive of Aurora Feint, said the company will use the money to expand its investments in its platform for socializing games on the iPhone and Android operating systems. Developers use the company’s Open Feint software development kit to make their games more social, adding features such as leaderboards, friend challenges, or achievements. Those features prompt users to share their games, enabling games to spread more rapidly among friends, just as they do on social networks such as Facebook or Xbox Live. The offloading of these tasks allows game developers to concentrate on making a good game.

“Having a big brand like Intel support us is another stamp of legitimacy for us,” Citron said.

This sector of the social gaming ecosystem is getting more competitive. Ngmoco had developed its Plus+ social game platform for social sharing. That was one of the reasons that Japan’s DeNA agreed to pay as much as $400 million for Ngmoco last week. Other rivals include PapayaMobile, Mocospace, and Scoreloop.

Mike Buckley, managing director of Intel Capital, said that interest in mobile gaming has exploded in the past few years, creating a huge market opportunity. Open Feint’s popularity with developers and users made the investment attractive. On top of that, Intel has taken its own interest in creating an app store for netbooks. Over time, Intel’s own strategic interest in Aurora Feint will likely become more evident, saidVenu Pemmaraju, investment director of Intel Capital.

Aurora Feint got its start making a social platform for the iPhone. Apple has since created its own social platform with the launch of Game Center for the iPhone. But Citron said his company can coexist with Game Center because it can add features on top of what Apple offers. Aurora Feint also diversified to the Android platform last month. Now players can play each other across game platforms, letting friends join each other in games regardless of what phone they have.

Aurora Feint has about 45 employees.