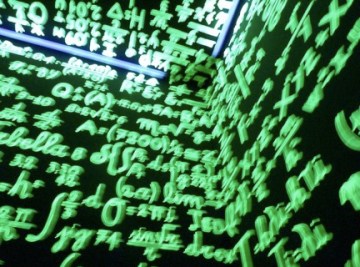 Will the quants storm the clubby bastions of the venture capital world? That question has been coming up frequently of late. At the Demo 2010 conference, InLab Ventures rolled out a new venture capital program it dubbed VC3.0 that included elimination of carry fees and incentives for board members to spend time with invested startups.

Most importantly, though, the InLab Ventures platform features back-tested screening technology that InLab claims can quickly and accurately identify which startups have a greater chance of success even before initial funding occurs.

In other words, InLab says it has a mathematical and statistical model that can predict startup success. Apparently the technology is decent, as InLab general partner Greg Doyle told me that at least one major consulting firm doing research into VC markets has licensed the model for due diligence purposes.

If InLab’s magical model works and math can replace that vaunted gut judgment that to date has been a critical criteria for deciding whether to invest in a startup, then why should VCs be using their gut to pick investments at all? (a point raised by VC gadfly Paul Kedrosky). Why not let the quants, the propeller-heads that designed trading models for Wall Street and for other hard-to-value asset classes do the same for Silicon Valley?

InLab is not the only firm challenging this conventional wisdom. We also heard recently about Quid, a Peter Thiel (surprised?) backed startup that is building out new technologies to quantify startup growth and put numbers to what previously had been an opaque market.

Quid is looking to track things like job listings, customer wins and funding valuations at first, second, and third funding rounds to give venture investors a better yardstick — and better quantitative tools — in valuing startups.

From quantitative yardstick to quant model is no great leap. In fact, Quid is an offshoot of YouNoodle.com, a quasi-community that allowed startups to tout their stuff and look for employees but also offered an intriguing and much-maligned calculator that claimed it could predict the exit or liquidity event valuation of startups.

YouNoodle presciently pegged the valuation of formerly hot social applications startup Slide at $124 million, well below paper valuation of $550 million recorded in the startup’s third round of financing. But then Google bought Slide for $182 million in August 2010, an instance where the quant model clearly beat the best brains in Silicon Valley. (Of course, YouNoodle totally whiffed on the exit valuation of TechCrunch. TechCrunch’s Michael Arrington would clearly have loved to have sold for $90 million instead of the reputed $30 million.)

Another factor to consider here is the rapid rise of a Palantir Technologies, a startup that amalgamates disparate data sources and places them in an easy-to-access visually configurable context to drive better decision making in disparate fields ranging from health care to warfare to site location of stores.

No, the quants are not about to take over Sand Hill Road in a mad rush of insanely rosy IRR numbers. This will be a slow, steady process. But aside from the growing number of tools available to create quantitative models for venture success, other pressures are building for the VC biz to make big changes — most particularly, the negative return rate for the latest class of VC funds and the rapid disappearance of LP money from big pension funds and other deep pockets of capital that are likely gone for the forseeable future.

Yes, VCs add real value to companies through mentorship, access to networks and potential clients, and, increasingly, provision of non-core services such as PR, marketing, design and the like. Yes, VCs and super angels will continue to be the gatekeepers in what will always be a high-touch process. But just as Wall Street morphed from a good ‘ol boy network to a place where quants became the alpha dogs, Silicon Valley could well follow steps along that path and perhaps do so much faster than we expect.

Sure, relationships and judgment will always be part of VC. But the rise of the automatic VC, where a term sheet is not signed unless the quant model blesses the deal, is a real possibility in the near term.