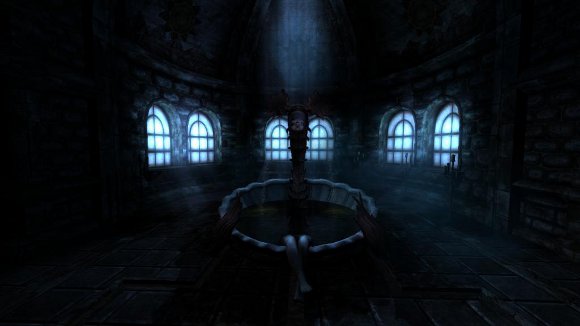 It is often claimed by gamers that the survival horror genre is dead. Fans of the genre often hearken back to the days when your Resident Evils, Silent Hills, and Fatal Frames dominated the genre. While Resident Evil and Silent Hill are still around, they aren’t your granddaddy’s survival horror games anymore. Back in his day, you were actually scared while playing a horror game, he’d tell you.

These days, you’ll find that even the popular survival horror games of yesteryear have been replaced by the now-popular “Action Horror” genre, to the dismay of many purists. Instead of playing a spooky game in a spooky setting where you need to do what you can to conserve ammo, most games have you destroying wave after wave of enemies with a plentiful supply of ammo in a kind-of spooky setting.

I’m not here to write the history of a genre, rather I wish to prove that this genre is far from being dead and that one of the most unsettling and engrossing survival horror games I’ve played was released just last month.

On September 8th, Frictional Games released Amnesia: The Dark Descent for PC, Mac, and Linux. These guys are relatively well known within the PC gaming community, primarily for the Penumbra episodic series. The Penumbra games were well-crafted and kept you on edge throughout, but Amnesia puts these guys on a completely different level. Their first “full-length” game really shows that they learned from their experience with Penumbra and are fully capable of, frankly, scaring the shit out of you.

Amnesia does something you don’t even see in many other survival horror games; it takes away your weapons. In most games within the genre, even ones that aren’t particularly combat-driven, you still have the occasional run-in with a monster where you’ll be required to defend yourself in order to progress, but not with this game. No guns, no melee weapons, you can’t even use your slappers; you’re completely defenseless. This adds an entirely different level of terror to the game because you have to rely entirely on hiding in darkness, or simply running like hell. When you hear something nearby, you best be crouching in the shadows because you’re not going to stand a chance if you’re spotted.

Another element that makes this game remarkably suspenseful is the way it handles light. Throughout your adventure, you will collect tinderboxes which are used to light nearby torches, candles, fireplaces, what have you. The game takes place in the 19th century, so the tinderboxes, your lantern (which has limited oil), and whatever outside natural light that comes through the window are all you have to guide your path. What makes this suspenseful, though, is the fact that they are so limited. This game doesn’t hand these things out often, which means it’s in your best interest to save them for when you absolutely need them, because it sucks when you need some light and your lantern is dry.

In order to fully be swallowed by what this game has to offer, it MUST be played with headphones. This game’s absolutely outstanding sound design can only be fully appreciated while wearing headphones. You’ll hear so much that you would otherwise miss or not be effected by. The creaking floors, the blowing wind, the distant footsteps, etc. all contribute to making sure you never feel safe while playing this game. 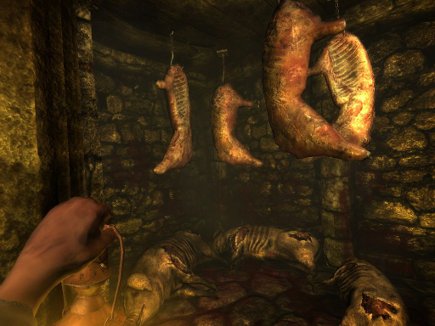 It’s hard to fully describe this game without giving some of the scares away, so I’ll leave that for you to experience yourself. This gameplay teaser trailer released earlier this year gives a good indicator as to what the game is like in action, so I’d suggest giving that a view. A demo is also available over on their website, which I’d highly recommend to those who are interested. Again, I feel as if this game needs to be experienced rather than just be summarized in words in order to have the full effect.

Amnesia: The Dark Descent is an unnerving and terrifying experience that is unmatched by nearly any game I’ve ever played. Not only is it one of my favorite games of the year, it’s a shining light for a genre that doesn’t get the attention from developers that it once did. On their blog, the Frictional staff said the game sold enough copies to keep the lights on, so we will continue to receive high quality horror games from these guys at the very least.

The game can be purchased from their official website, Steam, and a number of other fine digital retailers. The game is only $20, so do your part and help a small and relatively young team continue to make experiences you won’t find anywhere else.