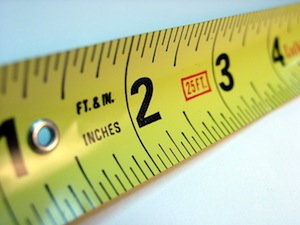 Link shortener BudURL is not really for you random Twitter user, or a media organization that’s trying to maximize traffic. Instead, it’s aimed businesses that want to control and analyze their social media promotions.

Until today, BudURL offered two services — an $8-per-month product with basic functionality, and an enterprise version that’s used by big brands like AMD, AT&T, and Coca-Cola. Now it’s adding a third service, BudURL Pro, that fits in between the two pricing levels at $48 per month. Founder and chief executive Andy Meadows said that with the three services, BudURL has been able to create a “unified product with one infrastructure.”

The best-known link-shortening startup right now is Bit.ly, which is trying to make money by offering customized links to publications like The New York Times. But Bit.ly doesn’t offer the level of detail and customization that a brand needs when it’s trying to attract new customers and judge the success of those campaigns, Meadows said.

What’s so special about BudURL? Well, Meadows said one differentiator is the fact that the company has offered a paid service from the very beginning, which customers found reassuring. There was a revenue source from the start, so BudURL seemed less likely to run out of cash and vanish, taking all its shortened links with it.

There are other unique features too. The company said it differentiates itself in five broad areas — security and support (including 24-hour customer service), analytics (including city-level data and broken link reports), integration with other analytics services (like Omniture), team collaboration features (including different administrative settings for different users), and mobile features. In the last area, BudURL is announcing a new service today, the ability to create a special page optimized for mobile visitors, which includes a Facebook “like” button. Given the large numbers of users who click on shortened links in their mobile phones, it makes sense to customize the experience for their devices.