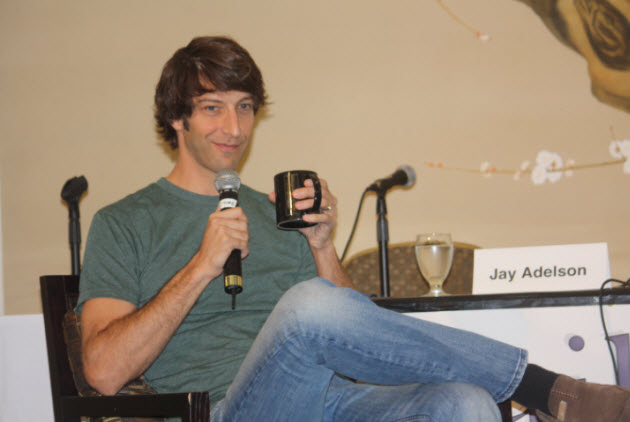 Former Digg chief executive Jay Adelson said he had “no regrets” about not accepting offers to sell Digg to large media companies before the company began a decline that ultimately led to 37 percent layoffs at the company today. 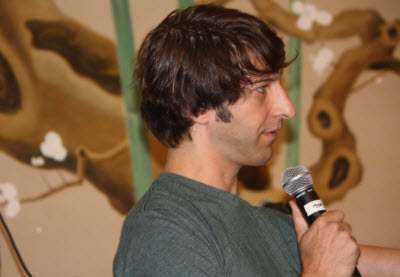 Adelson made the comments in a fireside chat with social media expert Cathy Brooks of OtherThanThat at the FailCon conference in San Francisco. It was his first extensive interview on the subject of failing at Digg since he left. Adelson served as CEO of Digg for five years until he left in April. He is currently chairman of internet video firm Revision3.

Digg has become a Silicon Valley fable because it didn’t sell out when it was hot and allowed itself to be surpassed by other hot social networks such as Facebook. The conventional wisdom is that Adelson and founder Kevin Rose should have taken big offers from the likes of Google and Al Gore’s Current social broadcasting company. Critics say that Digg should have sold out for double-digit or triple-digit millions when it had the chance.

Despite rumors otherwise, Adelson said the company never received formal offers from any of the other big tech companies. The suitors included companies such as Rupert Murdoch’s News Corp. (Fox), Yahoo and Microsoft. But, Adelson said, “Talk is cheap.” That was one of his nuggets of advice for entrepreneurs attending FailCon, which chronicles the lessons of failure. Adelson said the company lost a whole week in conversations with Fox, with the end result being no offer. 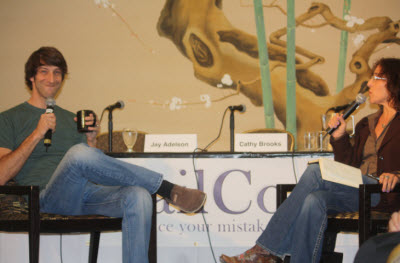 Adelson’s first big hit was Equinix, an internet co-location service company that he founded in 1998. There, he stepped aside to welcome a more professional CEO as the company prepared to go public. At the time, he was told it “took a certain kind of character to be a CEO.” That meant the CEO was either an “asshole” who thought he knew everything about running the company, or the CEO was someone who hired people who were the best at what they did. Adelson tried to be the latter, but often felt the pull to become the person who did everything on his own. 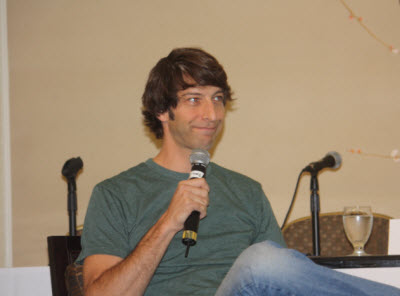 That thinking went on to haunt his career. When Rose started Digg, he enlisted the help of Adelson, who thought he would be an advisor at first. But Adelson was drawn in by the popularity of Digg and his passion for the company that was creating something “bigger than yourself.” He became CEO in New York, while Rose was based in Silicon Valley. Adelson eventually moved to Silicon Valley, even though that meant he might be pulled too far into the company.

After talking with his wife Brenda, Adelson said he knew that he would be better off moving to Silicon Valley even though the job at Digg might not last. That was because he was likely to invest in or advise startups that were in the Silicon Valley area after he left Digg. So his family made the move, Adelson became fully engulfed in Digg, and he eventually parted ways with the company. One of his regrets is that he became too involved with the company, thinking about it every waking moment.

He acknowledged that his own plan for Digg was different from the current course of the company, but he declined to say what that was or to second-guess the current management’s game plan. For the past six months, Adelson said he has been decompressing from his time at Digg and has been advising new companies. He said it would be very tempting to become the CEO of some of these new ventures but that he wants to find people to do that for him instead.

“It becomes hard to disengage from a company,” Adelson said. “I met Kevin Rose. I don’t know what happened. I woke up five years later with a bump on my head. I don’t regret it, but I am aware of it now.”

He said it’s easy to advise entrepreneurs to maintain a professional distance from their companies, but it’s hard to do it in practice.

Adelson said he had differences with Rose in operating the company, but the pair had an agreement to “fight in private” and settle matters by allowing Rose to have the final say. That put Adelson in an odd position, since he was CEO.

As for how Digg will turn out, Adelson said, “The jury is out.”

Regarding the layoffs today, Adelson said he was sorry since those employees were like “friends and family” to him. But he added, “I would not change my decision” about not selling the company. “I would like to think that, for the employees, we created a wonderful place to work and that they gained knowledge and reputation that will help them with their lives,” even if they did not get the financial payout they had hoped for.