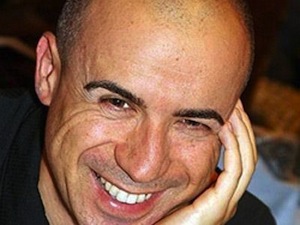 Mail.ru, which made sizable investments in Facebook and other American tech companies, has filed for an initial public offering on the London stock exchange. The company aims to raise $876 through the IPO at a $5.7 billion valuation, according to the Wall Street Journal.

The IPO might be the only way for non-accredited investors (i.e., investors who aren’t wealthy and don’t manage large funds) to get a meaningful stake in Facebook, social gaming giant Zynga, and group buying startup Groupon. (Sure, you could buy shares of Microsoft, which owns a 1.6 percent stake in Facebook — but that’s a lot of enterprise software to swallow for a very small dose of social networking.)

Mail.ru, was founded by Russian billionaire Yuri Milner (pictured) and formerly known as Digital Sky Technologies, owns 2.4 percent of Facebook, 5.1 percent of Groupon, and 1.5 percent of Zynga, according to Bloomberg. Goldman Sachs analysts told Bloomberg that Mail.ru’s shares in the three companies may be worth $900 million total.

Mail.ru plans to use the money raised through the IPO to increase its investment in Russian social networking site vKontakte — specifically, it plans to buy 7.5 percent of the company for $112.5 million.