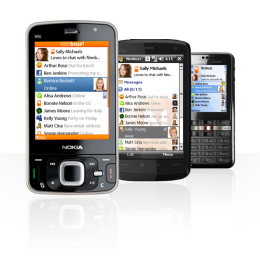 According to Nimbuzz, Skype plans to disconnect all third party VoIP services as part of the preparations for its IPO. Skype claims that Nimbuzz is “using Skype’s software in ways which it was not designed for, in a breach of our API Terms of Use and End User Licence Agreement”.  Skype filed for an IPO on August 9th but rumors have abounded that Cisco plans to make a bid for Skype ahead of the IPO. We contacted Skype for a comment.

Skype previously refused to reconnect Fring, another VoIP and chat service. Fring had temporarily blocked Skype due to network overload following its introduction of Skype video chat and then found itself denied permission to reconnect.

Other services accessed via Nimbuzz are unaffected and Nimbuzz users can still make VoIP calls to other Nimbuzz users. Nimbuzz is based in Rotterdam in the Netherlands, has 100 employees and funding of over $25 million.