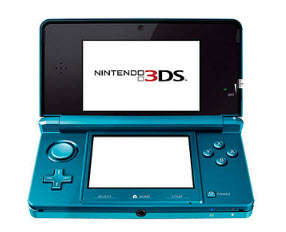 Sony is reportedly making a PlayStation Phone in an attempt to do battle for the hearts of gamers against Apple’s iPhone. But Nintendo isn’t doing so.

“Certainly we are adding more and more elements to fill out the experience and take away more and more time from competing devices. But our handhelds will always lead with games,” Fils-Aime said.

Fils-Aime said that the Nintendo 3DS coming in March will give Nintendo unique advantages, such as the ability to view stereoscopic 3D content without the need for 3D glasses. Makers of smartphones are not likely to make similar investments in 3D parallax screens, nor will they have the content to bring those screens to life, Fils-Aime said. Fils-Aime said that unique game content is Nintendo’s advantage over Apple.

Still, if Apple makes a phone that is good enough to play games, it may win over a lot of gamers who don’t feel like carrying two devices. Microsoft is making its own foray into phones via Windows Phone 7, its new mobile operating system. That software will enable phone users to log into their Xbox Live accounts while on the move and play cool 3D games on their phones as well. Nintendo may live to regret this decision not to do a phone. On the other hand, the company hasn’t made a bad bet yet. In handhelds, Nintendo leads Sony by a 2 to 1 margin. Please take our poll below on whether Nintendo should create a phone. Be sure to leave a comment as well.

Engadget, by the way, has new details on the PlayStation Phone.

Should Nintendo create its own game phone?online survey