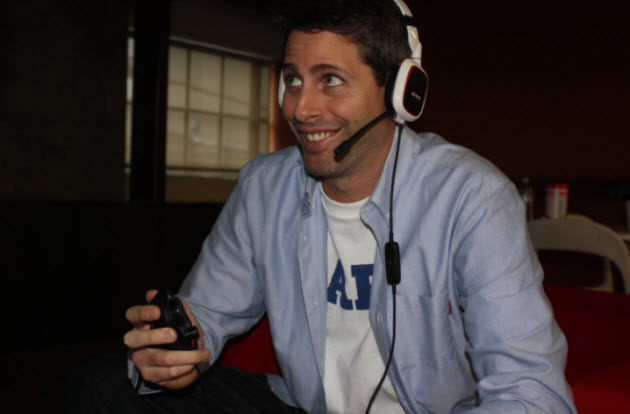 The question for venture-backed Astro Gaming is whether it can establish a true “lifestyle brand” much like the makers of luxury watches, and whether it can parlay that foothold into a broader consumer market. That’s certainly the strategy, said Aron Drayer (pictured), marketing director at the San Francisco company, in an interview. 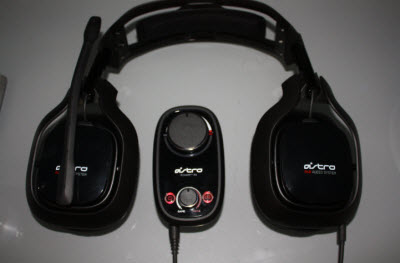 Astro Gaming is a sister company to Astro Studios, headed by Brett Lovelady and Jordan Reiss. Astro Studios is one of the best-known industrial designers of tech gear. Its designs include the Xbox 360 game console, the Blackbird gaming PC from Hewlett-Packard, and a number of Dell Alienware gaming PCs. The common thread is that Astro deeply immerses itself in a tech culture and then designs a gadget to fit the consumer’s lifestyle.

Astro Gaming debuted its first headsets four years ago. They have now been adopted by the professional gamer’s tournament company, Major League Gaming, and are used by every team that competes. The headsets allow teams to talk to each other over web or dedicated connections and they even let fans listen in on the tournament chatter. 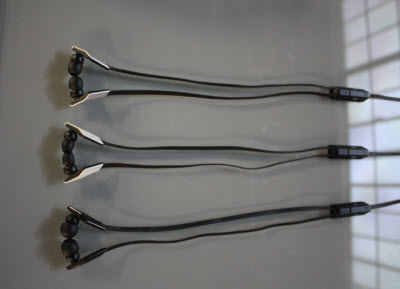 Today, the company is launching a new wireless audio transmitter and receiver, dubbed the MixAmp 5.8, which allows you to wireless connect (separately sold) gaming headsets to your TV or video game console. The MixAmp 5.8 lets you turn your headset into a surround sound experience and wirelessly connect from your couch to your console over a 5.8-gigahertz wireless connection.

It’s a game-lover’s gadget. The device has universal serial bus (USB) ports for charging. It can decode 5.1 or 7.1 surround sound audio. The wireless units run on AAA batteries. You plug your headset into a small transmitter than can fit in a shirt pocket. You wirelessly pair that with a receiver that plugs into your console. As many as four players can plug into a receiver for the Xbox 360. The MixAmp 5.8 sells for $99. Separately sold, A30 headsets sell for $199 and the A40 sells for $249. The company has sold tens of thousands of headsets at those prices.

The MixAmp 5.8 amp is aimed at gaming aficionados who own Astro’s previously launched A30 or A40 headsets and A*Star in-ear ear phones. The latter product is also being announced today and will ship in December.

The A*Star in-ear ear phones are also aimed at audio fans who don’t mind plunking down $79 for high-quality ear phones. That product, which has both voice and audio capabilities, will help the company reach beyond gamers to iPod users, cell phone users and audio fans. Among the features is a flat cable that won’t get tangled up. The ear phones have cord controls that let you control volume, mute, answer controls — all without looking at your device.

The prices are relatively high for mainstream consumers. But the game accessory market generates about $6 billion a year in sales in the U.S., according to market researcher NPD. The top 15 percent of gaming fans spend about 85 percent of that money.

In headsets, rivals include Turtle Beach, Mad Catz’s Tritton Technologies, and Razr. Astro Gaming sells directly to end users via the web and has proven that a small team of industrial designers can take on much bigger companies.