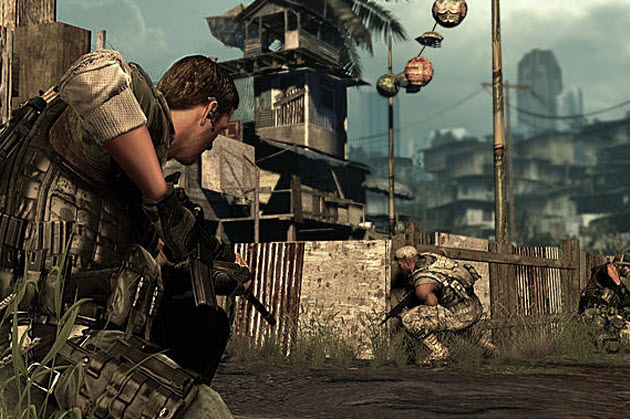 The transcripts of the oral arguments of the violent video game case show that the justices by and large favor the video game industry’s arguments — and they’re pretty witty.

The video game industry is all but doing a victory dance based on the reaction of Supreme Court justices to the oral arguments over whether to uphold California’s law banning the sale of violent video games to minors. Michael Gallagher, president and chief executive of the Entertainment Software Association (ESA), said in a conference call with journalists after the hearing that the justices showed they understood the full spectrum of the video game industry’s position on the California law.

Paul Smith, who argued the case for the ESA, acknowledged that justices Stephen Breyer, Samuel Alito and Chief Justice John Roberts asked him the toughest questions about the need to protect minors from horrific scenes of violence in games. But justices Antonin Scalia, Ruth Bader Ginsberg, and Elena Kagan grilled California’s lawyer, attorney general Zackery Morazzini. They put him on the spot asking him to explain whether Grimm’s fairy tales should be banned. The vagueness of California’s law in defining violent video games came under assault from the justices, as did the argument that an exception to the First Amendment should be granted in order to protect minors.

Smith said that the questions don’t necessarily suggest that the justices will vote in a certain direction, but their comments are telling. Smith said he did not know why the justices accepted the case. Sometimes they do so because they disagree with a lower-court ruling. That would suggest that the acceptance of the case would favor California, but Smith said the justices may have found the issues interesting and may have wanted to put a stop to the litigation that has led to eight major lawsuits in 12 years across many states.

Video game lawyers Earl Mellott and Alex Aber of Foley Hoag said they believe the justices were signaling that the law as written would be shot down. But some of the questions may provide a roadmap to more regulation, if the statutes are more carefully and narrowly written in terms of defining objectionable content. The industry would be victorious if the law is struck down, but if the justices say that narrower laws could be allowed, then the cycle of litigation will begin again. Aber said that it looks like Justice Kagan is the biggest gamer of the group.

Here’s a link to the transcript of the oral arguments (also embedded below). We’ll pull out the choicest quotes.

Justice Ginsburg: What’s the difference? I mean, if you are supposing a category of violent materials dangerous to children, then how do you cut it off at video games? What about films? What about comic books? Grimm’s fairy tales? Why are video games special? Or does your principle extend to all deviant, violent material in whatever form?
Morazzini: No, your honor. That’s why I believe California incorporated the three prongs of the Miller standard (for identifying porn in legal cases). So it’s not just deviant violence. It’s not just patently offensive violence. It’s violence that meets all three of the terms set forth in … The California legislature was presented with substantial evidence that demonstrates that the interactive nature of violent — of violent video games where the minor or the young adult is the aggressor, is the — is the individual acting out this — this obscene level of violence.

Justice Kagan: Well, do you actually have studies that show that video games are more harmful to minors than movies are?
Morazzini: Well, in the record, your honor, I believe it’s the Gentile and Gentile study regarding violent video games as exemplary teachers.
Kagan: Suppose a new study suggested that movies were just as violent. Then, presumably, California could regulate movies just as it could regulate video games?

Justice Sotomayor: One of the studies, the Anderson study, says that the effect of violence is the same for a Bugs Bunny episode as it is for a violent video. So can the legislature now, because it has that study, outlaw Bugs Bunny?
Morazzini: No.

Justice Sotomayor: Could you get rid of rap music? Have you heard some of the lyrics of some of the rap music, some of the original violent songs that have been sung about killing people and other violence directed to them?

Justice Scalia: I’m concerned about the producer of the games who has to know what he has to do in order to comply with the law. And you’re telling me a jury can — of course, a jury can make up its mind, I’m sure. But a law that has criminal penalties has to be clear. And how is the manufacturer to know whether a particular violent game is covered or not? Does he convene his own jury and try it before — you know I really wouldn’t know what to do as a manufacturer.
Morazzini: I am convinced that the video game industry will know what to do. They rate their video games every day on the basis of violence. They rate them for the intensity of the violence.

Justice Kennedy: It seems to me all or at least the great majority of the questions today are designed to probe whether or not the statute is vague. And you say the beauty of the statute is that it utilizes the categories that have been used in the obscenity area, and that there’s an obvious parallel there. The problem is that for generations there has been a societal consensus about sexual material.

Justice Scalia: You should consider creating such a one (advisory office). You might call it the California Office of Censorship. It would judge each of these video games one by one. That would be very nice.
Morazzini: Your honor, we ask juries to judge sexual material and its appropriateness for minors as well. … California is not acting as a censor. It is telling manufacturers and distributors to look at your material and to judge for yourself.

Chief Justice Roberts: We do not have a tradition in this country of telling children they should watch people actively hitting school girls over the head with a shovel so they’ll beg for mercy, being merciless and decapitating them, shooting people in the leg so they fall down, pour gasoline over them, set them on fire and urinate on them. We protect children from that.
Smith: And parents have been doing that since time immemorial.

Justice Alito: What if California said there is a civil penalty attached to that (selling a mature game to minors).
Smith: That would transform the Entertainment Software Ratings Board, the private voluntary system that exists, into the censorship commission that this court struck down. When the government does that and you have to go to them for permission to allow kids into the movies or to play this game, that is a prior restraint. You have way too much discretion.

Smith: We do have a new medium here. We have a history in this country of new media coming along and people vastly overreacting to them, thinking the sky is falling, our children are all going to be turned into criminals. It started with the crime novels of the late 19th century, which produced this raft of legislation that was never enforced.

Smith: Violent crime has, since the introduction of these games, been plummeting in this country, down 50 percent since the day Doom first went on the  market 15 years ago.

Justice Alito: Let me be clear about exactly what your argument is. Your argument is that there is nothing that a state can do to limit minors’ access to the most violent, sadistic, graphic video game that can be developed. That’s your argument?

Smith: The problem is already well controlled. The parents are empowered. and there are great and less alternatives out there.

Chief Justice Roberts. Could I just have a simple answer? There is nothing the state can do?
Smith: Yes.

Justice Kagan: Do you think Mortal Kombat is prohibited by this statute?
Morazzini: I believe it is a candidate. But I haven’t played the game and been exposed to it sufficiently to judge for myself.

Justice Kagan: Would a video game that portrayed a Vulcan as opposed to a human being, being maimed and tortured, would that be covered by the act?
Morazzini: No, it wouldn’t, because the act is only directed towards the range of options that are able to be inflicted on a human being.