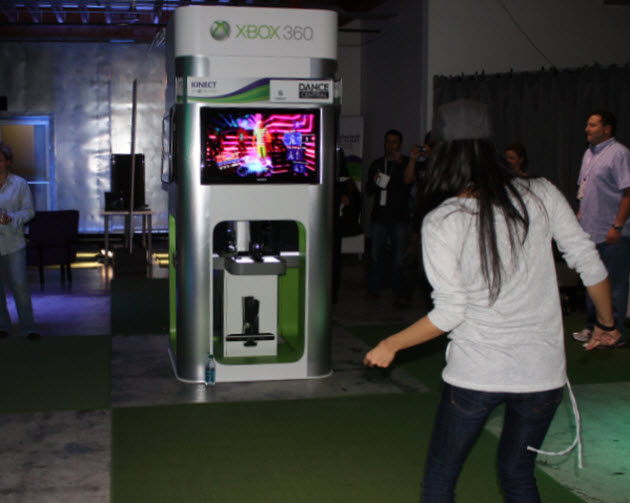 Microsoft plans to sell more than 5 million Kinect motion-sensing systems for the Xbox 360 this quarter, up from its previous forecast of 3 million units.

Based on pre-orders, retail orders, and consumer interest, the company believes it can do a lot better than it previously thought, said Don Mattrick, president of Microsoft’s Interactive Entertainment Business, in an interview with Bloomberg News today.

If Microsoft truly hits that goal, then Kinect will be a phenomenal hit. The motion control system uses a 3D camera and near-infrared sensor to detect your entire body’s movement. You don’t have to hold any controller or wand in your hand, in contrast to the Nintendo Wii or Sony PlayStation Move. Kinect thus has some potential to be perceived as a magical device that both hardcore gamers and non-gamers could find enthralling.

I’ve used Kinect a little, and it’s certainly going to get some people off the couch, especially those who are fond of activity games such as exercise or dance.

Kinect costs $149.99 and comes bundled with Xbox 360 machines that start at $299.99. It has sold out at online retailers such as Amazon and physical goods retailers such as GameStop and Best Buy. Some 25,000 retailers will begin selling Kinect at midnight tonight, and Microsoft is holding a big event at the Toys ‘R’ Us store in New York’s Times Square, where the Xbox and Xbox 360 launches were held.