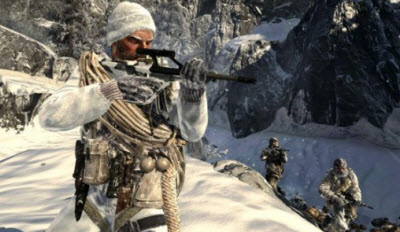 Activision Blizzard, the largest independent publisher of video games, predicted that it will have huge launches for its upcoming Call of Duty Black Ops and World of Warcraft:Cataclysm games.

In an earnings call today, Activision Blizzard executives predicted that their launches of the two big titles will be huge, thanks to unprecedented demand for the games in pre-orders, buzz, and marketing feedback. Black Ops in particular is expected to beat sales of last year’s title, Call of Duty Modern Warfare 2, which sold 4.7 million units on its first day and which went on to become the best-selling video game of all time.

Black Ops launches on Nov. 9, and Cataclysm, which is an expansion pack for the World of Warcraft online fantasy world, will debut on Dec. 7. The launches are expected to be so strong that Activision Blizzard has raised its fiscal year forecast.

“We are obviously excited about having two of the biggest launches in interactive entertainment,” said Bobby Kotick, chief executive of Activision Blizzard, which saw its shares rise 2 percent in after-hours trading on Thursday, after the earnings announcement.

The Santa Monica, Calif.-based company reported better-than-expected earnings due to strong sales and cost cuts. Earnings for the third quarter ended Sept. 30 were $51 million, or 4 cents a share, up from $15 million, or 1 cent a share, a year ago. On a non-GAAP basis, Activision Blizzard earned 12 cents a share, compared with the 9 cents a share analysts expected. Non-GAAP numbers are more closely watched because they include online revenues. Revenues were $745 million, up from $703 million a year ago. On a non-GAAP basis, revenues were $857 million, up 14 percent from a year ago. Analysts expected $750 million.

For the quarter ending Dec. 31, Activision Blizzard has forecast adjusted earnings of 47 cents a share on non-GAAP revenue of $2.2 billion, compared with analysts’ expectations of a profit of 50 cents a share on revenue of $2.31 billion. Analysts believe the company can do better than that, given the high demand for the two big games.

Chief Executive Bobby Kotick told Reuters he is confident in the company’s releases for the holiday season. Although he declined to provide specific forecasts for “Call of Duty: Black Ops,” Kotick said he expected it to be the biggest entertainment launch of the year.

During the September quarter, earnings were helped by the release of the PC strategy game, StarCraft II: Wings of Liberty, which sold more than 3 million units in its first month.

The third quarter sales were also good because Blizzard Entertainment, a division of Activision Blizzard, launched its World of Warcraft Wrath of the Lich King expansion pack in China. World of Warcraft has more than 12 million paying subscribers, and many of those are in the Chinese market. The Lich King expansion originally debuted in the U.S. in 2008. It sold more than 2.8 million units on its first day; that’s why Activision Blizzard is so bullish on the Cataclysm expansion pack.

Thomas Tippl, president of Activision Blizzard, also said on the call that Modern Warfare 2 continued to sell well during the third quarter and that players are still playing the game online, a full year after its launch. Tippl also confirmed that a new Call of Duty first-person shooter game will appear in the second half of 2011.

The company now expects non-GAAP revenue of $4.45 billion for the fiscal year ending Dec. 31, compared with its previous outlook of $4.4 billion. It also expects earnings of 74 cents a share instead of the previously forecast for 72 cents a share.