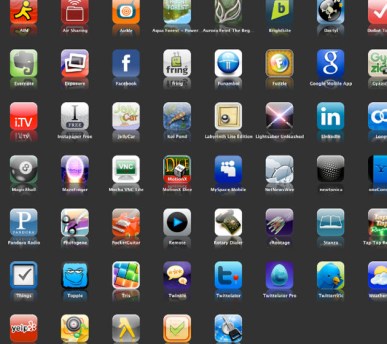 Mobile app developers are most looking forward to developing new apps for Android, Windows Phone 7 and the iPad, according to a report released today by mobile ad network Millennial Media.

The firm, together with technology analysis site Digiday and an analyst from Stifel Nicolaus, surveyed app developers, publishers, and advertisers in the most recent quarter regarding their plans for 2011 and their practices this year. Since most developers already have iPhone apps, it’s interesting to see what other platforms they’re interested in.

It’s also worth noting that Palm made out the worst when it came to developer interest for next year. 4 percent of developers said they would pursue Palm’s webOS platform — even the embattled Symbian platform scored higher with 6 percent.

When it comes to choosing a mobile platform to support, both advertisers and developers consider reach, demographic and better branding as their main considerations. Millennial reports that both developers and advertisers are also taking an increasingly cross-platform approach — not a surprise given that reach is their main concern.

The big takeaway here, yet again, is that Android is set to explode next year. The interest in Windows Phone 7 is certainly a surprise, though. It’s possibly a sign that Microsoft has managed to make developers forget about its dead Windows Mobile platform and has made them believe in Windows phones once again.