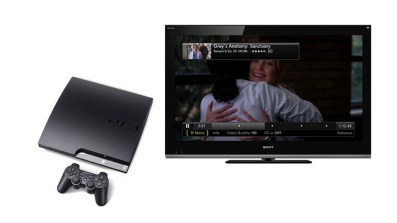 Even though Hulu’s paid offering, Hulu Plus, doesn’t appear to be a smashing success, the streaming video site is still pushing forward by dropping the need for invites, adding more content, and supporting more devices.

Hulu Plus is heading to Sony Bravia HDTV’s today, and it will be available to all Playstation 3 users next week, the company announced today.

Previously, only paid subscribers to Sony’s Playstation Plus service could access Hulu Plus. The company has also added new titles to the premium service, including new shows like Raising Hope, No Ordinary Family, and The Event, as well as past seasons of shows like Monk and Battlestar Galactica.

Sony, in addition to producing consumer electronics, is also a major producer of movies and TV shows, some of which it has licensed to Hulu.

Hulu Plus will eventually make it was to other Bravia devices, like Sony’s Blu-ray players, home theater systems, and even the forgotten Sony Dash “Personal Internet Viewer.”

While it’s nice to see Hulu Plus on more devices, Hulu needs to be working double-time to actually make users want to pay $9.99 a month. The fact that Hulu Plus doesn’t play certain content on home theater devices is infuriating, and the company needs to land more content deals to justify the subscription price. If it can’t accomplish that, then Hulu may be better off making the rumors of a cheaper $4.99 Hulu Plus plan a reality.