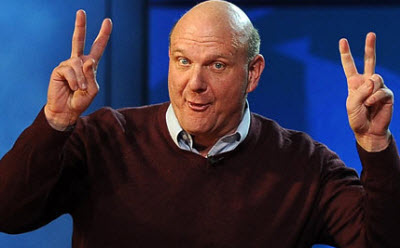 For the first time in seven years, Microsoft chief executive Steve Ballmer is selling Microsoft’s stock. Reuters reported that Ballmer sold $1.3 billion worth of his shares, cutting his take in the company he runs by 12 percent.

Ballmer says that his first sale of stock in seven years should not be taken as a lack of confidence in the world’s biggest software company. Ballmer also said he will sell more shares by the end of the year in a move to diversify his investments and plan for taxes. The company sought to ease fears that Ballmer, 54 and CEO since 2000, plans to leave the company.

“Even though this is a personal financial matter, I want to be clear about this to avoid any confusion,” Ballmer said in a statement on the company’s website. “I am excited about our new products and the potential for our technology to change people’s lives, and I remain fully committed to Microsoft and its success.”