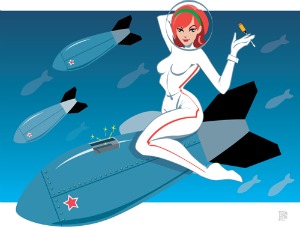 Sweet-talking South African entrepreneur Elon Musk has done it again, raising more than $50 million for his space-transportation company SpaceX, according to an SEC filing dated Oct. 28.

SpaceX is currently developing a squadron of launch vehicles, which it says will ultimately reduce the cost and increase the reliability of space access significantly.

Musk has long said that the combination of a newly emerging market for private space travel with commercial space transport is inevitable—and that SpaceX aims to be at the front of any “re-ignition” of efforts to explore and develop space.

As such, the Hawthorne, Calif.-based company has created two launch vehicles so far, the Falcon 1 and the Falcon 9, and patented its own rocket engines, the Kestrel, Merlin and Draco.

Founded in 2002, the company now tests its products from a launching site in the Marshall Islands and has collaborated with NASA on several occasions, including scoring $1.6 billion to resupply the International Space Station once the Space Shuttle is retired in 2011, and $500 million to launch iridium satellites via its Falcon 9.

The founder of PayPal and CEO of electric car maker Tesla—which lost around $35 million dollars in the third quarter, a seven-fold increase from the same period last year—apparently has found more interest from investors looking to get a slice of that public and private interest in space exploration.

“Existing investors expressed an interest in making an incremental investment and we accommodated their request,” a company spokesperson told SAI.

The SEC filing named existing investors Musk, the Founders Fund and Draper Fisher Jurvetson as the largest investors in the company to date. Thus far, SpaceX has raised about $200 million.