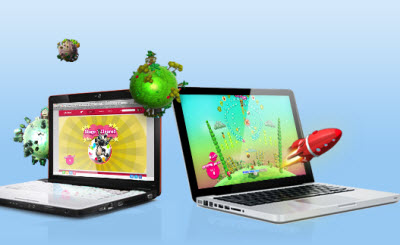 UK game developer Turbulenz has raised $5 million for its platform for publishing and making money from online browser games.

In contrast to current game middleware (software tools), this technology has been designed from the ground up for the web. The company says game players can browse their favorite social gaming sites and instantly get access to high-quality Turbulenz games on any web-connected device. Turbulenz will offer social games or fast-action arcade games.

The company was founded in early 2009 by former directors and programmers from Electronic Arts and Criterion Software. The latter is a tool maker that EA bought and subsequently dismantled. Over the past six months, Turbulenz has been building up its team. James Austin is chief executive and former director of technology at EA, while chief operating officer Gavin Shields is former tech investor at Summit Partners. Dave Galeano is chief technology officer. The company has 15 employees.

The platform works on Windows, Mac, and Linux computers and includes in-game payment systems and console-quality graphics. It’s late to be starting such a company, to be sure, given that a lot of competitors are already enabling online games, from Unity Technologies to Flash to PlaySpan. But the Criterion and EA pedigree counts for something, as the U.K. operations of those companies had good reputations in the game industry.