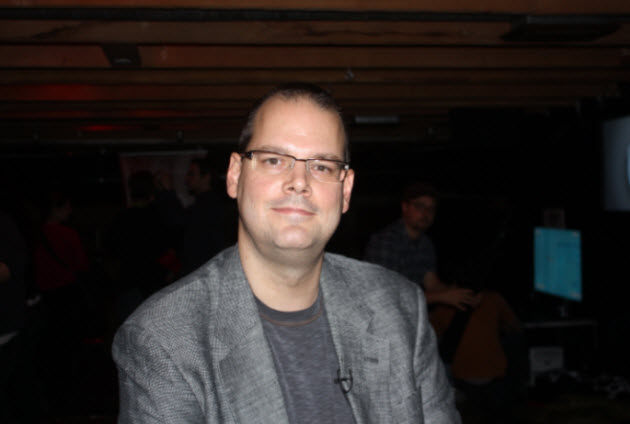 Game publisher Electronic Arts is scrambling to double down its bets on online games, now that its game console business valued at zero by some measures.

So it’s not entirely a surprise that its taking over publishing rights for one of the biggest collaborations in online video games today, Star Wars: The Old Republic. The massively multiplayer online game was being jointly created by Electronic Arts’ BioWare under license from George Lucas’s LucasArts. The game has been under development for years and is widely believed to have a budget above $100 million.

However, Electronic Arts has taken over the publishing rights for the game from LucasArts, I learned last night. This means that EA is making an even bigger bet on a high risk, high reward category of massively multiplayer online games. Under the agreement, EA will handle publishing, marketing and distribution of the game on a global basis. LucasArts will continue as a partner, collaborating on the design, marketing, and interpretation of the Star Wars canon. Terms of the deal were not disclosed.

It’s just one more sign that EA is taking to heart that its future is in digital and online, and less in traditional console or PC games — as its recent earning report made very clear.

The game is expected to debut in 2011. It has drawn a lot of praise in the industry, winning 60 preview awards. To me, it will be interesting to see if a game that was started years ago can still succeed in the changed environment of today. Realtime Worlds spent more than $100 million developing its All Points Bulletin online street combat game, only to find that gamers thought it was a dud. The failure pushed Realtime Worlds into bankruptcy.

Ray Muzyka, head of BioWare, said in an interview at EA’s event last night that he believes that Star Wars: The Old Republic will avoid that fate because it has all of the right elements. That includes a great seasoned team of developers at BioWare, great intellectual property in Star Wars that everybody loves, a huge global publishing and marketing organization in EA, and a story with compelling emotional content for users to enjoy.

If anyone can pull it off, it’s BioWare, which has produced hits such as Dragon Age and Mass Effect 2. The subsidiary company, which was bought by EA in 2008, has been so successful that it now has five studios around the world.

“We don’t take anything for granted,” Muzyka said. “We always make the best in quality. When you launch an MMO, you can’t go back. If you put the Electronic Arts name on it, then you have to make sure it’s high quality.”

If EA succeeds, it will be able to print money on an ongoing basis, much like its arch rival Activision Blizzard does with World of Warcraft. If it fails, well, that would be a nightmare.

In the game, players will explore an age thousands of years before the rise of Darth Vader, when war between the Old Republic and the Sith Empire divided the galaxy. Players can play as Jedi, Sith, or in a variety of other classic Star Wars roles. EA showed off a new section of the game last night where players can join battle on the planet of Alderaan and fight other players. You can fight for control of the planetary defense gun, either on the offense or defense. Here’s a video of Muzyka making the announcement in San Francisco.