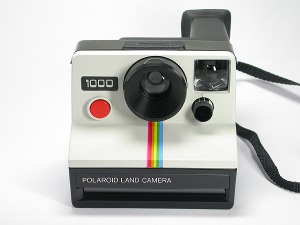 The popularity contest between competing smartphone photo manipulation apps Instagram and Picplz has been won by Picplz in one regard today, after early Instagram investor Andreessen Horowitz said it has decided to switch teams and pour $5 million in first round funding into Picplz.

Andreessen Horowitz had earlier invested $500,000 with Baseline Ventures into Instagram’s prior incarnation, Burbn.

Both apps manipulate photos with filters and other “art creation” tools to let users have more interactivity with the images they take with their smartphones.

So, given their remarkably similar tools and offerings, speculation has been rife this week that any investment from Andreessen Horowitz in PicPlz could indicate that Instagram had either been outright sold or would be combined with its close rival.

Thus far, Andreessen Horowitz has said in an interview with TechCrunch that it would not be investing any additional funding in Instagram and would take a more “passive” role as it amps up its involvement with PicPlz.

San Francisco -based Picplz co-founder Dalton Caldwell said for his part the company could not be more pleased to team up with the VC firm. Andreessen will be joining the company’s board of directors.

“The narrative that is easy to believe as a casual observer is that one or two individuals move the mountains at tech companies. To me, the reality is that having a fantastic team, and a ‘deep bench’ is the most important factor for eventual success,” Caldwell told VentureBeat.

Caldwell was previously founder and CEO of star-crossed social music site Imeem, which was acquired by MySpace in December 2009. He added that he isn’t worried about any face-off with Instagram, saying Picplz was already a more diverse offering.

“In general, I think we are in an excellent position. Given the history of new product versions announced on our blog, we are clearly iterating our product at a quick pace that is only increasing over time and with additional capital,” Caldwell told VentureBeat. “It’s important to note that we are already shipping iPhone and Android apps and are seeing the cross-platform strategy payoff.”

However, Instagram isn’t throwing in the towel just yet — the company is rumored to be cobbling together its own round of funding, setting its valuation at $20 million and fishing in the same venture capital pool as Picpiz would be for future infusions.