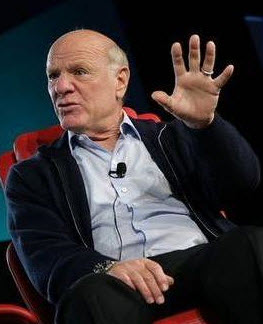 Yet another component of IAC — 3D Web-gaming site InstantAction — folded today after receiving a majority investment from IAC in 2007. Just earlier this week IAC’s search engine, Ask.com, announced that it would no longer work on search technology and instead license search results from one of its rivals.

The pattern emerging is one of a company and a CEO which can’t create value from the assets it acquires or builds.

Diller’s response to those two miscues? Apparently, it’s the bold move to duct-tape together the failing Newsweek magazine publication and IAC’s online news site, The Daily Beast, together in the hopes of remaining relevant in  an era awash with original content and headline aggregration. The two properties will be a 50/50 joint venture between IAC and Newsweek’s new owner, Sidney Harman.

By some estimates, a third of The Daily Beast’s content is original, and the rest consists of links to and commentary on news reported elsewhere — a formula perfected by The Huffington Post, a vastly more successful site:

Historically, Diller made his name buying and selling properties, frequently reshaping his company’s focus from movies and TV to e-commerce to search. Over time, his company has repeatedly changed its name and focus. But after splitting up the company through a series of spinoffs in 2007, a smaller IAC has concentrated on online media and advertising properties.

Compared to his old deals, like the asset-swapping that led to the creation of NBC Universal, the Beast-Newsweek combination seems like weak sauce. The Washington Post offloaded the magazine and its debt to Harman for a whopping $1. Assuming it hasn’t ballooned in value since then, what does that say about Diller’s estimate for the Daily Beast’s worth?

It wouldn’t be the first aspersion Diller has cast on his own Web properties. He earlier said that Ask.com had no real value in IAC — and would have been better off if it were spun off into its own company. The Oakland, Calif.-based company was founded in 1996 and was a public company between 1999 and 2005, when IAC acquired the search engine. Diller managed to cede search engine dominance to another Silicon Valley startup named Google and push Ask.com into obscurity in just about five years.

He’s now done the same for Web-based games, which would seem like a no-brainer business to succeed in. Zynga, one of the largest producers of web browser games, is now valued as much as Electronic Arts — one of the largest game publishers in the world — after launching only three years earlier. Huge publishers are also picking up browser-based game companies left and right for huge gobs of cash. Disney bought social networking game company Playdom for a cool $763 million, and Electronic Arts picked up Playfish for  $400 million. In a space seeing so much innovation and success already, it’s hard to imagine Diller was able to bring it down in only a few years.

Is it time for Diller to take a last bow and exit the business stage?