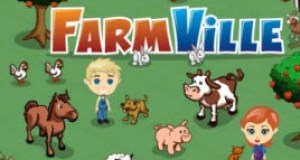 The free-to-play model has all but taken over the online game industry. Next stop: everything else.

Free online games, which make money through upgrades and other digital bonuses which help speed play along, continues to grow in popularity. Nearly one in five gamers now pay for virtual goods, up from 15 percent in 2008, according to a report by international research firm Parks Associates.

The freemium model, which lets users download applications for free and then makes money through the sale of virtual goods or other premium services within the application, was basically popularized by video games. The runaway success of Zynga, the largest producer of freemium games like FarmVille and Mafia Wars, has made it the de facto business model for casual games.

Now that the free-to-play model has pretty much taken over games, it’s circling back to the rest of the app economy. It’s served iPhone applications well — seeing as about a third of the top-grossing applications of all types on the Apple App Store are free to download and make their money through virtual goods. If the success of the freemium model in video games is any indicator of how successful it will be for all apps, the subscription economy may well be on its way out.

Meanwhile, the subscription model, which powers online games like World of Warcraft and the soon-to-be-released Star Wars: The Old Republic, is still to losing momentum. In 2008, 35 percent of all gamers playing online games paid a monthly fee to access the game. Only 28 percent of people playing games online paid some kind of a subscription fee this year.

World of Warcraft, one of the most successful games of all time, currently charges users $15 per month to access a persistent world. The game currently has around 12 million subscribers — which would amount to around $180 million each month in recurring revenue. It’s the most successful example of an online game that’s using online subscriptions as a recurring revenue model.

But it’s pretty much the only one. Activision Blizzard, the creator of World of Warcraft, has eaten the lunch of just about every other online game that’s attempted to use subscriptions as a revenue source. Turbine, a producer of massive multiplayer online role-playing games (MMORPGs) like Lord of the Rings Online started with a subscription model for its games but has since made them free-to-play. After changing its games from a subscription-based revenue model to free-to-play, Turbine’s revenue from its games doubled.

As media companies dive into apps and contemplate charging subscriptions, it’s something to consider. The video-games business, which saw subscriptions turn into a billion-dollar business by 2008, is now turning away from the model. Should publishers look at virtual-goods sales instead?