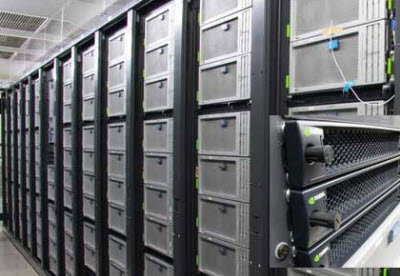 Graphics chip maker Nvidia announced today that users of Amazon Web Services, Amazon’s cloud-computing arm, which hosts web computing infrastructure for lots of companies, will now be able to tap the power of graphics chips on demand for cloud applications.

That’s an important endorsement for Nvidia, which is trying to spread the popularity of GPU computing (GPU stands for graphics processing unit). In the past, most servers and supercomputers have used microprocessors from Intel and Advanced Micro Devices, which didn’t use graphics chips. But Nvidia’s CUDA programming environment makes it easier to create non-graphics applications that tap the power of graphics chip, which are very good at processing tasks in parallel.

In many applications, GPU computing can speed performance dramatically, Nvidia argues. By now, Intel should be getting a little nervous about GPU computing, as every non-graphics GPU that Nvidia sells likely displaces server chips made by Intel. Each server or supercomputer will still have microprocessors but will have fewer of them per machine.

Amazon Web Services is an important client for Nvidia because Amazon has built a huge e-commerce computing infrastructure and farms out that infrastructure to other companies via its Amazon Elastic Compute Cloud offering. Now the Amazon EC2 service will offer Cluster GPU Instances, or servers with graphics chips that use Nvidia’s Tesla GPUs. That means big companies and startups alike can use GPU computing to speed the performance of their web applications. In the past, the upfront cost of GPU supercomputers has been relatively high, limiting their use to government and university applications. Those uses range from drug discovery to financial simulations.

Peter De Santis, general manager of Amazon EC2, said the addition of the power-efficient and fast GPUs will allow Amazon’s customers to come up with more innovative applications. In particular, customers can run more detailed simulations and pay for the infrastructure they use, said Andy Keane, general manager of the Tesla business at Nvidia.

In addition to the Amazon announcement, Nvidia said today that three of the top five supercomputers in the world now use Nvidia GPUs. The world’s fastest supercomputer, China’s Tianhe-1A supercomputer, which has performance of 2.507 petaflops (a measure of its precision math computing capability), uses Nvidia GPUs.

VentureBeat is thrilled to be hosting its first ever live webinar — “Demystifying the Business Cloud” — on Nov. 17 at 11 am Pacific Time. VentureBeat Founder & Editor-in-Chief Matt Marshall and Huddle Co-Founder Andy McLoughlin will lead you through an hour-long discussion exploring the latest trends and strategies for migrating core business processes to the cloud. Sign up for free. Spots are very limited. This webinar is part of a series co-hosted by Huddle, an innovative online-collaboration startup based in the UK and San Francisco.