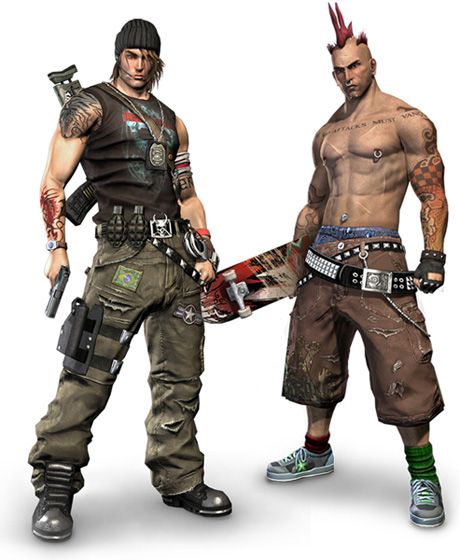 When we first got APB, it was half cocked. Now that GamersFirst bought the rights to the game, it's "Reloaded."

GamersFirst confirms it will relaunch All Points Bulletin early next year as a free-to-play title named APB: Reloaded. Joshua Hong, CEO of GamersFirst, said APB will complement the company's free-to-play model. "We believe in putting our gamers first by encouraging the community to tell us what they like or dislike and then incorporate that feedback into our evolutionary development process," Hong said. "The core principle is to completely eliminate all economic barriers for gamers to experience our games." Bjorn Book-Larsson, CTO and COO of GamersFirst, said APB "was plagued by some initial balance and monetization issues" but still supported some outstanding features. "We want to take all the unique features of this title, such as its unparalleled character, weapon, and car customization systems, and convert the game to a true free-to-play game," he said. "We are deep into the planning and early execution stages for this next chapter of APB, and we will share more details in the near future." Hopefully those details will include a solution to the objective-camping issue found in the game's first run.

Bizarre Creations claims several parties are interested in buying the developer. Activision announced yesterday it will sell the Blur developer, putting around 200 jobs in jeopardy, but Develop reports today that the company has already heard from interested buyers. An anonymous source within Bizarre Creations said Microsoft is among those interested. “Microsoft aren’t stupid," the source said. "They know we’re talented and have spoken to Activision about us.” So, if Microsoft isn't stupid for being interested in Bizzare Creations, does that mean Activision isn't very smart for selling them?

Bethesda announces the first of Fallout: New Vegas' downloadable content, Dead Money, will be launch exclusively for Xbox 360 December 21. Dead Money will task players with searching for the legendary treasure of the Sierra Madre Casino alongside three other wastelanders. The expansion will offer new areas, enemies, and quests for 800 Microsoft points ($10). I'm sure it will be great, but Dead Money probably isn't the best name for $10 DLC.

Amazon lists the Wii Speak microphone as discontinued after developers claim Nintendo asked them not to include the device in an upcoming game. In an interview with Bitmob, Eric Nofsinger, chief creative officer for High Voltage Software, said Nintendo told the developer not to use Wii Speak in The Conduit 2. Nintendo responded to MCV's inquiry about the device saying, "We're still supplying Wii Speak, and it's still very much available should retail want to order it." I guess Amazon figures retail won't want to order Wii Speak…ever.