Zynga may be darling of the social game industry, but Big Fish Games has been selling casual games for eight years now and doesn’t want to be forgotten.

The Seattle-based company is expanding overseas today with five localized language portals in Brazilian Portuguese, Danish, Dutch, Italian and Swedish. It is also adding 12 new currency payment options so that players can pay in the most convenient manner. Those moves should help the company reach as many as 300 million new customers for its casual games, which are snack-like games that appeal mostly to women ages 25 to 65. 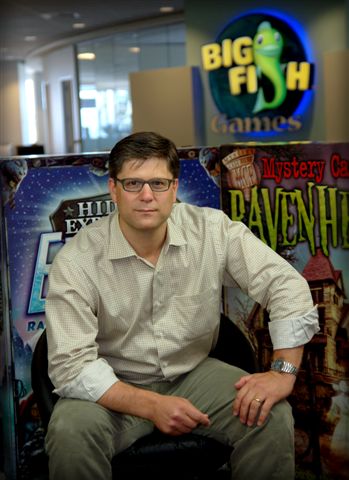 Before Zynga came along with huge venture capital rounds, Big Fish Games was the center of attention, raising $83 million in the fall of 2008 from investors including Balderton Capital, General Catalyst Partners, and Salmon River Capital. That money came just in time for the recession, but Big Fish Games has managed to stay profitable and grow revenues at double-digit rates, said Lewis. And he has no plans at the moment to get into a full-scale war with Zynga.

The company’s goal is to become the dominant player in casual games and adapt to new social and mobile audiences, Lewis said. But rather than acquire a bunch of social game and mobile app companies, Lewis said the company is focused on its core audience and will expand organically based on market demand. Lewis believes that social game neophytes will eventually broaden their taste in games to include downloadable casual game titles such as those his company makes.

The company is expanding its brand reach, but only in relevant markets. In other words, Lewis isn’t about to participate in the frenzied Gold Rush to buy game studios that want to create the next FarmVille. He isn’t buying a game studio every month the way that Playdom did in an attempt to catch Zynga.

“We believe the market will reward companies that have leadership in a category,” Lewis said. “We’re an established brand with an eight-year track record. And 100 percent of our growth is organic.”

So far, you can’t fault Lewis’ results. Big Fish Games is privately held, but it disclosed that revenues in 2009 were above $100 million and that it expects to grow revenues by more than 30 percent in 2010. By comparison, revenues in 2005 were just $8.6 million.

The latest overseas expansion seems overdue, but Lewis points out that Netflix, the fast-growing video company, still only operates in North America. Big Fish Games’ titles are available in more than 200 countries in 10 languages. More than half of sales come from international markets. 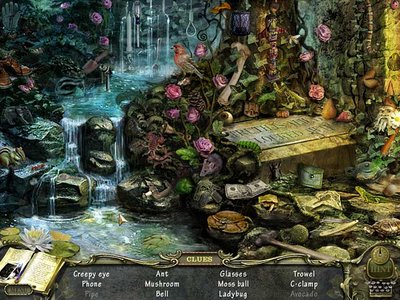 But you also have to look at Big Fish Games in the larger context of change. It hasn’t participated in the boom that has helped Zynga rocket to $5 billion in market value in just three years. Zynga has more than 1,300 employees, and its revenues are expected to surpass $500 million in 2010, according to Inside Network. Zynga is riding on the rapid expansion of Facebook, which has more than 500 million users, and Zynga is the top app developer on Facebook by far with more than 200 million monthly active users. Zynga is also in the midst of a worldwide expansion as it hopes to take social games to every game platform and beat rivals such as Japanese mobile social game company DeNA.

Big Fish Games has only a small presence on Facebook. It launched Facebook titles this year and says it has 1.5 million users. Lewis said the company is beginning to make a big effort on the iPhone, which is more relevant to the company’s core audience. There are now 30 Big Fish Game titles on the iPhone and the iPad. For Lewis, the question is whether he is moving fast enough into the new growth markets.

As Zynga gets bigger and the iPhone becomes more popular, a number of casual game companies have faltered. Real Networks had trouble growing revenues for its ad-based game business in part because ad rates dropped during the recession. And the price consumers are willing to pay for downloadable casual games has dropped from $19.99 to $6.99.

If social and mobile game growth comes at the expense of casual downloadable games, Big Fish is in trouble. But Lewis believes that the popularity of games is expanding and that the environment is not yet a zero-sum game.

Lewis may seem overly patient compared to other game executives. But Big Fish Games has had a long time to get big. It was founded in 2002 by Paul Thelen as a maker of downloadable casual games. In 2003, it expanded to publish games made by others and distribute them across a wide number of portals. By 2005, Big Fish Games was offering a new game every day. Lewis, a former Goldman Sachs managing director, joined as an executive in 2006 and became CEO in 2007.

Today, consumers download Big Fish Game titles more than 2 million times a day across the PC, Mac, smartphone and tablet markets. The company still makes its own games but also deals with and publishes games by more than 500 external game developers.

Big Fish Games has more than 2,500 paid downloadable games and more than 1,000 free web games. The company has distributed more than 1 billion games on its Big Fish Games web site. In 2009, Big Fish Games struck a deal with Harlequin Enterprises, which publishes romance novels, to make games based on Harlequin themes. Earlier this year, Big Gish Games became the exclusive distributor of games made by PlayFirst.