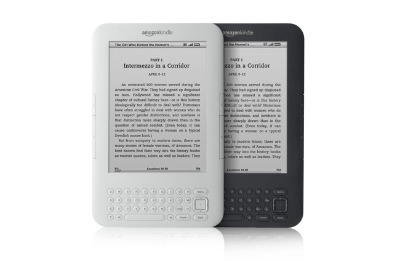 I’m not sure what took so long, but Amazon today finally announced the ability to gift Kindle ebooks to anyone — just as you would any other product or service from Amazon’s online store.

The company says that the Kindle is “the most gifted item in the history of Amazon.com” but is still mum on specific sales numbers. While this announcement may help Amazon sell even more Kindles, the company stresses that no Kindle is required to enjoy its ebooks. If anything, the feature is a reminder to consumers that they can read Kindle Books on a variety of platforms — including the iPhone, iPad, Android and BlackBerry phones, as well as on Macs and Windows PCs.

To gift a Kindle Book, you simply need to choose the “Give as a Gift” option for any book in the Kindle Store, and then send the gift to anyone with an email address.

It’s unclear what’s kept Amazon from launching this ebook giving feature for so long. The company has sold boatloads of Kindles since it announced cheaper models in July, which makes me think the ebook gifting feature would have been wildly successful had it launched earlier.

For now, the news will serve as a way to remind people that Kindle ebooks (and Kindle devices) make great gifts — and it may deflect attention away from Barnes and Noble’s recently announced Nook Color. Amazon also recently announced that it will be offering 14-day ebook lending to Kindle users.