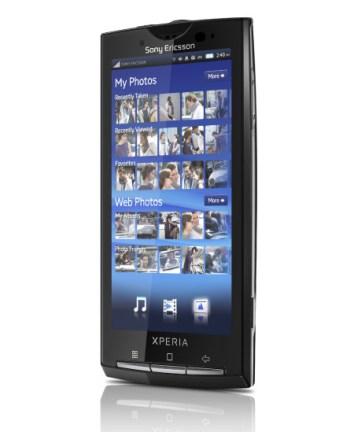 The news is a snub against Microsoft by the world’s fourth-largest phone manufacturer, and a potential sign that tablets are becoming overplayed.

Perron confirmed that the company is in talks with Microsoft about creating Windows Phone 7 devices in the future, but he said that it’s unlikely that Sony Ericsson would adopt the platform due to Microsoft’s strict hardware specifications and software limits.

Such a move would “run the risk of standardizing our smartphones” he said, and he added that the company wouldn’t want to compete based on price and design alone.

As for tablets, Perron seemed to dismiss the idea entirely, saying that Sony Ericsson didn’t want to be the 24th company to roll one out. Given how much reports of Android tablets are beginning to blur together, I don’t blame Perron for being somewhat negative. Then again, the fact that Sony Ericsson has nothing new to contribute with tablets is also telling — what was stopping the company from beating out the Android competition with a tablet?

The news follows rumors from last week that Sony Ericsson was readying Windows phones for early next year. The company launched its first Android smartphone in the US, the Xperia X10, after a string of delays in August. Right now, the company would be better off focusing its efforts on more Android phones, instead of trying to deal with an entirely new platform.

Of course, anything Perron says right now is subject to change. And since he’s a regional executive, the news also has less weight than if it came straight from Sony Ericsson CEO Bert Nordberg.