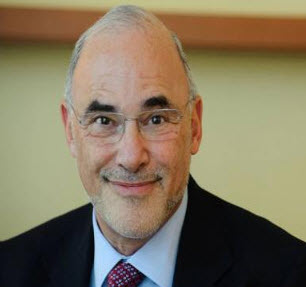 Although it didn’t have a permanent chief executive for all of its fourth fiscal quarter ended Oct. 31, Hewlett-Packard still turned out solid results during the period and has raised its outlook for the coming year.

The company reported solid results despite the fact that the board fired chief executive Mark Hurd in August.

In a conference call, newly appointed HP CEO Leo Apotheker said the company would reinstitute salary increases in 2011. That’s in keeping with the talent war in tech, as evidenced by Google’s recent decision to give all employees a 10 percent raise. It’s a big deal for HP, since the company has more than 300,000 employees.

“HP proved once again that it is able to execute given its market strengths and technology leadership,” said Apotheker.

The solid performance shows that HP is a big battleship and the change in one single executive position, even if it is the CEO, won’t necessarily affect the company’s performance. HP’s stock price fell after Hurd’s firing — related to a scandal about Hurd’s relationship with a former HP marketing contractor — since Hurd had led HP’s recovery for five years.

HP also said that it saw 50 percent sales growth in its HP Networking division, with 3Com revenue ahead of plan. Fourth fiscal quarter revenue growth was strongest in Europe, up 11 percent, and the Americas, up 10 percent. Overall, revenue from outside the U.S. was 64 percent of revenue. Cathie Lesjak, chief financial officer, said the growth was across all regions and product groups.

In a conference call, Apotheker said he has been on the job three weeks. During that time, he said, customers are asking for full solutions from HP, with access to data instantly wherever they are. Apotheker says those customers want to do more business with HP and that the company hopes to be more agile, drive more revenue from its existing portfolio, and offer a wide variety of products to each customer.

Some wags are surprised that Apotheker took the call, apparently from the company’s headquarters in Palo Alto. That’s because Apotheker, former CEO of SAP, is wanted by Oracle in a legal proceeding. Apotheker has evidently been avoiding Oracle’s subpoena, partly by traveling around the world to visit HP’s employees. Oracle is suing SAP for illegally copying Oracle’s software.

“That’s a bit of an odd question,” Apotheker said when asked by journalist James Rogers of The Street.com where he was physically located for the call. “Why, I’m on the media call concerning our fourth quarter in Palo Alto at HP’s headquarters together with a bunch of people. Would you like a picture?”