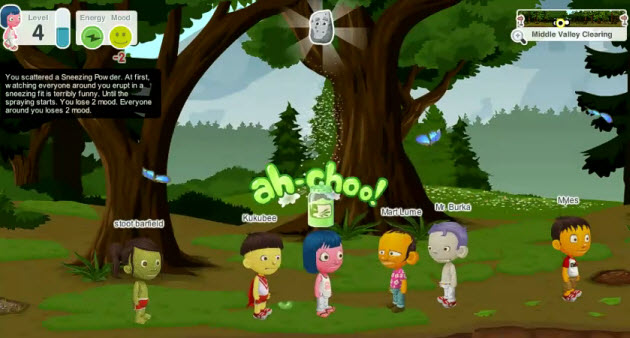 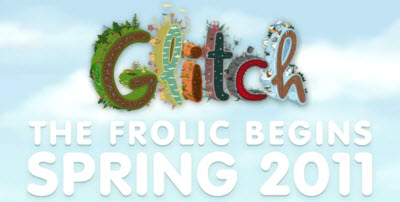 Butterfield started the company last year. He’s better known for creating photo-sharing site Flickr with his wife Caterina Fake, a site that was bought by Yahoo in 2005. Butterfield created Tiny Speck with a number of the core people from Flickr, including Cal Henderson, former head of engineering at Flickr.

In the game, there are 11 giants “who thought of funny things until their thinking came alive.” You play beings inside their thoughts. “Go and make them bigger, and you’ll play for a long while,” the song says.

Offhand, it looks like a cute kids virtual world, akin to worlds such as Club Penguin or Fantage. But the trailer closes with the scary image of a crow, known as The Rook, with bloodshot eyes. So while this looks like a children’s game, it will likely have some scary elements too. The Rook, according to the site, “is dark and opposes all creativity. And they will try to attack the game world, especially locations which are left a little too neglected.”

You can sign up for beta testing now, but the game looks like it will launch in the spring. Techcrunch reported that Glitch underwent extensive user testing over the weekend with thousands of players. Based on the video, it appears to be very zany and original.

Butterfield told the New York Times that he has been thinking of a return to video games for a long time. The company has raised $6.5 million from investors including Accel Partners, Andreessen Horowitz and several prominent angel investors. The game will be free to play to start with, but users can buy virtual goods or take out subscriptions to access additional levels. Users can also open stores within the game and pay Tiny Speck to advertise. The game will be on Facebook as well as on its own web site.

Check out the video below to see the new Glitch trailer.